why we're called the rhinos 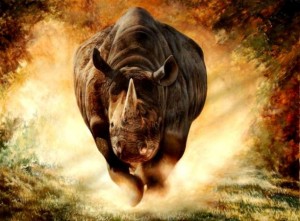 When we started the boy's academy, we announced the team name for the official 30 boy roster would be the Buena Vista Rhinos (or in Spanish, Los Rinos de Buena Vista).

Here's a quick summary explaining "why the rhinos?".

Those 2 facts together make no sense! Could you imagine driving 40 mph in your car and not seeing 30 feet ahead of you?

But what makes the rhino special is that he will not run top speed alone. A pack of rhinos is called a "crash" - because when they get together, they run their hardest, without any concern for what lies ahead. They know that, together, they can run through anything.

What we are trying to do with the next generation of leaders in Buena Vista at times seems impossible. Our hope is to lead these boys to break generational cycles of abuse, absence, addiction, and spiritual emptiness. Many dad's beat their wives and kids because they have never seen a man in their life who didn't. The root of the problem runs deep.

As we spend the coming years digging in and attempting to bring life, hope, and grace in Jesus name to these future men, they will need each other in order to stay strong. That's where the rhino concept comes in.

Just like the lead rhino runs hard, leading the pack, encouraging the others to run harder... these boys will look to their "lead rhinos" to push them. While we (mynor, myself, others) will take on that role of "lead rhino" in the beginning, our prayer will be that leaders begin rising up within. Then as life's journey moves along, the lead rhino will naturally rotate, allowing various teammates to step up and lead while the loyal crash runs hard alongside them.

I know that for me personally, my rhino crash is invaluable.  They encourage me, challenge me, push me, convict me, and call me out.  They love me deeply.  We share life together and we carry one another's burdens.

I pray that these BV boys will form their "rhino crash" - running hard for Jesus, growing together in their faith, and leaning on one another as they face their community together... a group of young men who love the Lord and their neighbors, work hard, respect women, and live lives of integrity.

Eventually, may the influence of the rhino crash of buena vista spread like wildfire and have a transformational impact in this place.
Posted by brock at 7:20 PM