last weekend we had the pleasure, thanks to a couple generous donations, to host the leiva family (mynor, walda, and noah) to a trip to new york city. 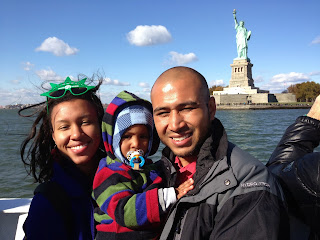 when we invited mynor and walda, we were unaware that visiting NYC was one of walda's dreams. having grown up in guatemala, a trip to new york would be an unlikely occurrence for both of them, so it was amazing to be a part of it!

we did it all.  we stayed in the heart of Times Square, toured Grand Central, took a boat to Lady Liberty, visited Rockefeller Center, went to the Top of the Rock, saw Empire State, the Chrysler Bldg, the new World Trade Center, Broadway, etc, etc.  and all of that while strolling our 1 year olds!  they had a blast!

even more special than getting to watch them enjoy NYC, was the time we spent together as friends.

i met mynor almost 6 years ago - in april of 2008.  we had just arrived in guatemala, and were staying at another missionary's house in the city on our first night.  our hosts (now good friends of ours) had to run to their kid's school for an event, and we stayed behind at their home.

their instructions:  "don't go outside, and don't answer the door."

a couple hours later, the doorbell rang.  i answered it.  it was mynor.

he was the first guatemalan i ever met!  crazy, right?  in light of where we are today, that still amazes me. 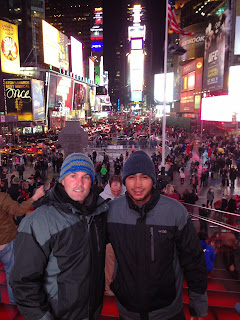 he was there to deliver coffee for the family that we were staying with.  we had a short conversation there on the front porch, but it was enough for us to both sense God at work.  i will never forget going inside and telling my wife "something just happened."

its a long story from there, full of ups and downs, celebrations, tears, and literal miracles.  but above all, its a story of faith and friendship.

in september of 2010, we broke ground on the boys academy.  since then, sharing life with the leivas has been incredible.  we have grown together, worked through issues together, studied God's word together, prayed together, leaned on one another, cried together, laughed together, and parented 30 boys together.

this last trip with the leivas reminded me how important our friendship is.  it is family.  its parenting one another's kids.  its talking through decisions together.  its being there for one another, loving one another through life's ups and downs, and carrying one another's burdens.

today i very deeply and sincerely thank God for this relationship.  i love how obvious it is that God alone orchestrated it! 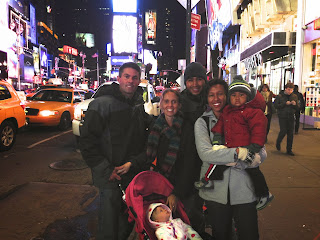 for my family, it was a long, difficult, stressful, but exciting journey that got us to guatemala.  the most our faith had been stretched to that point in our lives, by far.

but literally only a few hours after our plane landed, God began proving himself faithful.  he knew (before the beginning of time!) that we would be there when mynor knocked on the door.  he knew i would answer.  he knew that through that short conversation, the buena vista boys academy, and a deep friendship, was in the making.

i can only imagine what lies ahead.  but one thing i know is that i am honored to be serving God together, raising these boys together, and doing life together, with such great people.