saturday night was our first "noche de jovenes" (teen night) in the gym.  this was in large part one of our rhino julio's idea, and has been in the works for months now. 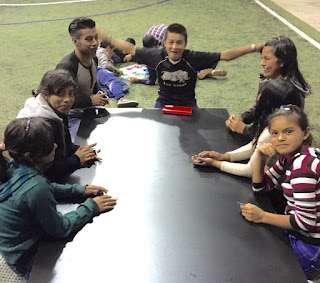 during devotions with the older boys, we've been discussing sexual sin for a long time.  as we break it down, there are 2 angles in going after that particular sin.  the first is simply loving Jesus better.  more time with him, in worship, in our bibles, sharing with other christians, praying, etc.  as we do that, we naturally want to sin less as we take on the nature of Christ.

the 2nd angle is more practical. they are steps towards obedience and safeguards against our weaknesses.  examples include anti-porn software on phones, not being alone with girlfriends, not watching TV past 10pm when inappropriate garbage is on, etc.  the list goes on.

but one thing julio kept mentioning is that, in our village, there is simply nothing for young people to do.  he is convinced that teen pregnancy and promiscuity is a direct result of that.  the more i thought about it, the more i realized how true it was. 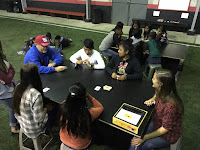 this isn't suburban america.  boys dont go to girls homes to sit with the family (nor vice versa) and watch TV.  there's no fast-food restaurant to hang out at... no movie theaters... no rec centers, parks, bowling alleys, or skating rinks.  (i might have just dated myself with skating rinks.) 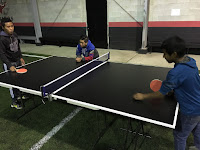 point being, there is literally nowhere for young people to hang out.  so what do they do?  they find dark street corner or a cozy place in the woods and - well, you know.

sadly, the result is children having children.  and its a cycle that has been repeating itself in BV for as long as BV has been around.

so... i began asking julio leading questions.  "you've identified the problem, now start thinking about solutions..."  and from that, the idea of teen night in the gym was born. 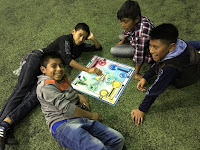 we opened the gym saturday night with very little advance notice.  the boys shared it at school the day before, but that was it.  maybe 30-40 kids came throughout the night.  we had ping pong, basketball, and board games.

oh, and some dancing.  but that was just from my son.  as hard as jake tried, no one from our shy, easily embarrassed, dont-do-anything-that-draws-attention-to-yourself, Buena Vista culture bothered to join in.

overall, i thought it was great.  we're going to keep opening the gym every saturday and see what happens.  walda said it best in an email to our team the day before the event.  "God is in this place and i'm praying everyone who comes in will feel Him."

thats my prayer too.  and also that kids will start coming here instead of to the woods and the dark street corners.

I love hearing how God is doing more and more through the boys and changing their hearts!!