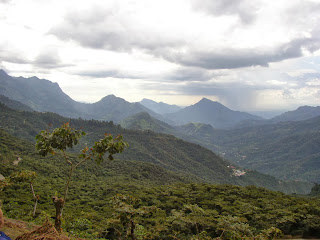 “Come to me all who are weary and I will give you rest… I am gentle and humble in heart and you will find rest for your souls.”

God is moving actively in the ministry of deepStream guatemala. He is all over the place, doing so many things at once. He is using his children (many of you) to provide for us. He is sending people to help us. He is opening doors of opportunity for new ministries. He is saving souls and changing lives – using our little ministry to make a difference.

Then why, if everything is going so well, does it have to be so hard?

In Guatemala, the rainy season began this month. For me, it has begun literally and metaphorically. In the last few weeks we have had people close to us die, personal attacks against our ministry, car problems, financial problems, sickness, hospital emergencies, and staff challenges. Some of it is easier to deal with than others. Each one isolated, I can usually handle without a problem. But when it all comes at once - when the rain pours – it’s difficult to stay the course.

Thankfully God has reminded me that trials have purpose. Sometimes He uses them to correct a sin or a bad pattern…so I begin seeking and asking. Other times He is permitting the enemy to attack, which brings a testing of my faith and perseverance. Or perhaps in all of his wisdom and mercy, God is using the storms to sharpen me… to refine my impurities in the fire.

I think God is teaching me that there are things I can’t see when the sun is shining. In order for me to see things more clearly, He has to bring the rain.

God’s word is teaching me in this area. Even Jesus in all of his perfection was taught obedience through his hardships (Heb 5:8-9). If the perfect Son of God had room to learn from his hardships, can you imagine how much more we should be learning through our own trials?! When the struggles – even catastrophes – come, why isn’t our immediate reaction to fall on our knees and ask: “what are you trying to teach me?”

Considering how ridiculously clear the bible is on this matter, it should (in theory) be easy for us to see that when we face challenges, God is working on us. Acts 14:22 says “you must go through many hardships to enter the kingdom of God.” Paul said we must persevere so that we become mature and complete.

Being refined is not easy. It’s like a painful peeling away of a layer, but the stripping process hurts. The bright side is that it’s a process designed to have a beautiful end result. We come out sharpened and strengthened.

In addition, living in a community surrounded by extreme poverty, I am constantly reminded of the scale of my suffering when I look at things “by comparison.” Thinking this way doesn’t always make things easier, but it certainly gives perspective on the gap between what I view as difficult versus the difficulties of so many others. I think it is healthy for all of us to do this at times.

In the end I am thankful that God allows me to suffer, experience pain, or endure persecution because it brings me back to Him. I finally break down and come that wonderful place of complete dependence. For this I am grateful to see that my recent rainy season of trials is actually just a gift of his mercy and love for me.
Posted by brock at 12:18 AM No comments: 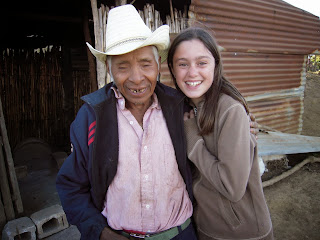 I have only known Claro for a few months, but I loved him. God connected us, which always builds a friendship bond at a faster pace than otherwise. We met after his nephew came to us and asked if we would come visit his home. He had heard our ministry built houses in the community, and said his uncle Claro was in great need.

He was right. Claro’s house was more like an old tool shed. Made of cornstalk, there were gaps everywhere, allowing space for the cold, rain, and wind to make life miserable. The inside was barely big enough for a twin-size makeshift bed, and a fire. The floors were dirt. His only belongings were a few dirty pieces of clothing, a some filthy dishes caked in soot, and a machete. He cooked over an open fire about 2 feet from his bed, giving him a constant inhale of smoke and dirt. No electricity, no water, no plumbing… his house was cold and dark.

But Claro was a joy. He smiled and talked. And talked, and talked... He told us how cold and dusty his house is, and how it always makes him sick. At 65 years old or so, he is difficult to understand (even for the locals), because he blurs and joins his words in a unique mutter. But he said “thank you God and thanks to you” no less than 20 times every time we talked.

When we finished his home, roughly the equivalent of a concrete block 2-car garage, he stood inside and cried. “Never in all my life did I think I would have a home like this.” That statement froze me. I wondered what kind of home I could envision myself standing in that would warrant the very same comment from me.

The house only has two small rooms. Instead of basking in the glory of his new space, he immediately moved his son, daughter in law, and granddaughter into the adjacent room.

2 weeks ago, with some friends that were visiting, we delivered Claro a new bed. When we moved out his old one, made of stiff hay, he said “don’t throw that away, I can sell that and make a little money!” We all laughed. He sat on his bed. We could tell he was amazed at how soft it was.

A few days later, some other friends had decided to bless Claro with a new chicken coup they had built. We went to his house to surprise him. After yelling for him and getting no answer, my friends waited at the street and I went up to see if he was home.

I peeked in the front door and saw Claro lying in his bed. He was on top of his blanket, which made me smile as I realized he wasn’t cold. I felt bad waking him up, so I stood there and just looked at him for while. He looked comfortable.

I called out his name and he popped up…said he was just taking a quick nap. We gave him the chicken coup. He was very grateful. He told us he could manage the baby chicks without a problem, and he was excited about the new micro business opportunity.

That was a week ago. Today, I ran into Claro’s son on the street. Sobbing, he gave me the news that Claro has passed away suddenly in his sleep. Unexpected. Just like that, Claro was gone.

I just got home from the viewing in Claro’s house. He was lying in an open coffin, in the exact place that he had served us his famous fried chicken just over a month earlier at his home dedication. As I stood over his coffin, looking at his face, I could hear his scratchy voice: “Gracias a Dios, Gracias Ustedes.”

I am so humbled, so honored, to have had the opportunity to show the love of Jesus to Claro in the last couple months of his time on earth. After a long, difficult life living in extreme poverty, Claro spent his last couple months in comfort. I wish it could have been longer, but I believe he went out with a sense of dignity, an appreciation for God’s blessing, and the ability to leave behind a safe, warm home to his son.

Peace Claro. See you again soon. I’ll be looking forward to feasting together at the Lord’s table – and having another round of that fried chicken.
Posted by brock at 7:00 PM No comments: