"God loves it when we need Him"

one second we were talking. the next, my friend was an inch away from death. or maybe he reached death and God brought him back. i don't know...

what i do know, is that when we finally saw the x-rays, it showed that the bullet - which went through the front of his leg and out the back - missed his femoral artery by 1 inch.  had it hit, he would have bled out within 5-10 minutes.

lying on my floor in a huge pool of over 1/3 of his body's blood, he had stopped breathing.  at this rate, extreme blood loss would soon take his life.

with my heart jumping out of my chest, i remember screaming over and over, "i'm so sorry bro."

the accident was my fault.

from that point on, much of what transpired is a blur, while a lot remains crystal clear in my mind.  i watched him lose more blood than i had ever seen, go unconscious several times, receive CPR, etc. i thought he was gone. i know now that God did a miracle.

sarah, one of paul and jessica's closest friends, was here visiting.  she's a 20+year nurse practitioner with a military and emergency medicine background. she was on it within seconds of the shot.

later that night, after everything had calmed down, were were all talking.  sarah said that she knew right away that his femoral artery had been hit because of the amount of blood that he lost so quickly. she was amazing and calm in the moment, but told me afterwards that she thought we were going to lose him.

during the chaos, all i could do was cry (scream) out "God change this please".  prayers are beautifully raw in moments like this.  i found out later others were praying the same way. jessica called a prayer network immediately after the shot and we found out later that within 5 minutes over 1,000 people were on their knees.

it seemed like forever, but it was probably only a couple minutes before we had him in the car.  flying through the long, curvy road between our village and the next, i managed to call our friend dr. carlos.  we picked him up on the way to the hospital.  sarah had just told me that every second counts, so i was flying...

just minutes later, something changed. dr. carlos screamed out "stop the car". it made no sense.  i didn't understand.  at first his comment aggravated me and i wanted to ignore him.  but something else took over, and i stopped.

its been a week since the accident now and i haven't stopped thinking about it.  in that moment, i felt several things happening all at once.  adrenaline, anger and confusion immediately transformed into peace.  the loud, utter chaos suddenly turned into a powerful calm.  i know - all of us who were in that car know - that the Holy Spirit of God declared himself present and in control in that moment.

paul was stable. the bleeding had stopped. i followed dr. carlos' orders to head to his house.  we arrived, carried paul into carlos' clinic/living room, and the rest of a very long day continued from there....

paul is recovering amazingly fast.  fully himself, joking, making the best of things, enjoying life as he always does.  amazingly, he is now up on crutches and beginning simple exercises.  he has put the story into his own words on his blog.

something that he doesn't mention though, is one of the more incredible parts of this story. in extreme pain, facing potential death, paul was unexplainably generous and thoughtful.  from the time he got hit, within seconds he was saying loudly and clearly: "brock, this is not your fault. you are fine bro, dont worry about this, this was not your fault."  the entire time, as he came in and out of consciousness, he said the same thing... over, and over, and over.

i kept thinking that he knew he was dying and wanted to make sure i didn't live with guilt.  the more he said it, the more scared i became. at one point i had a vision flash through my mind of having to tell his daughters that their daddy was gone.  i was wrestling with so many emotions (still am!).  at one point, at carlos' house, i sat down and cried as hard as i can ever remember crying. during that moment, thinking no one could hear me, i heard him yell out: "bro, dont worry - it wasn't your fault, we're all good."  the most amazing display of kindness-toughness-generosity that i have ever seen.
-----------------------------

i am still struggling through a lot of mixed feelings, from guilt to praise - and sadness to joy. but one thing that all of us who experienced this accident agree on, is that God did a miracle. otherwise, the "facts" make no sense.

i keep thinking to myself that he actually was shot in the femoral artery and that God miraculously moved the wound as people cried out to him in desperate prayer.

one more thing this experience has done to me is help me to thank God for some amazing people.
and finally, to paul and jess, i want to thank you for showing such irrational love and concern for me during one of the most difficult times of my life.
-----------------------------

despite the personal things that i am wrestling through, i know that this story is not about me.  it is about a sovereign God who holds all things in his hands.  he uses our sufferings to glorify himself.  in a strange way, i want more of that in my life.  i rarely, if ever, feel as close to Him as i do during times of suffering.

that's when i need Him most.  and God loves it when we need Him.

i had a great day today with my family.  we went into the city and saw a movie. we had a blast.  i've got awesome kids...

but father's day is an interesting holiday where i live.  its a town without many good fathers.  absence, abuse, addiction...  all destroy families in the village of Buena Vista.  i pray that one day this place is known for its strong men of integrity.

men walking down the street holding their wives hands.
men pouring into the lives of their kids.
men honoring God with their choices.
men cheering their kids on in soccer leagues instead of abandoning their families while they play soccer their entire day off.
men serving their neighbors.
men loving Jesus.

i received a few letters from some of our boys here in the academy - typical father's day-type notes, saying "happy father's day, i love you, thanks for all you do."

i am brought to tears as i realize that one of these was written at school, intended for his real father. 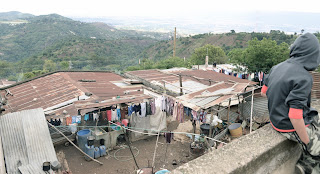 "i am so glad tomorrow is my mom's birthday.  i don't think my dad will beat her on her birthday."

that was from a recent note that one of the rhino's wrote in class.  the assignment was simply to write about anything going on in your life right now.

as we visited his mom yesterday, like always, she said she was fine.  rock hard, she smiled and said its all good.  but i dug deeper.  "are you sure?  is there anything we can do to help right now?  how are things with your husband?  with the kids?  life in general?"

she finally broke.  husband is officially gone, only shows up drunk to make noise or pass out - then he leaves again for days/weeks at a time.  to make matters worse, she just lost her job.  and if that's not enough, creditors are coming to her house threatening to take over her property since her husband is in default on a lien against it.

8 kids, no husband, no job, and at risk of losing her home.

welcome to my village - where nightmare stories such as this one are commonplace.

we are here for her.  we will help her, without question.

but even deeper, by God's grace, we will help her son to become a man who will honor God and love and provide for his family.  and then his kids will follow in his footsteps.  and then....  this will be a different place.
Posted by brock at 1:18 AM 2 comments: