allan to axel: we all look up to you 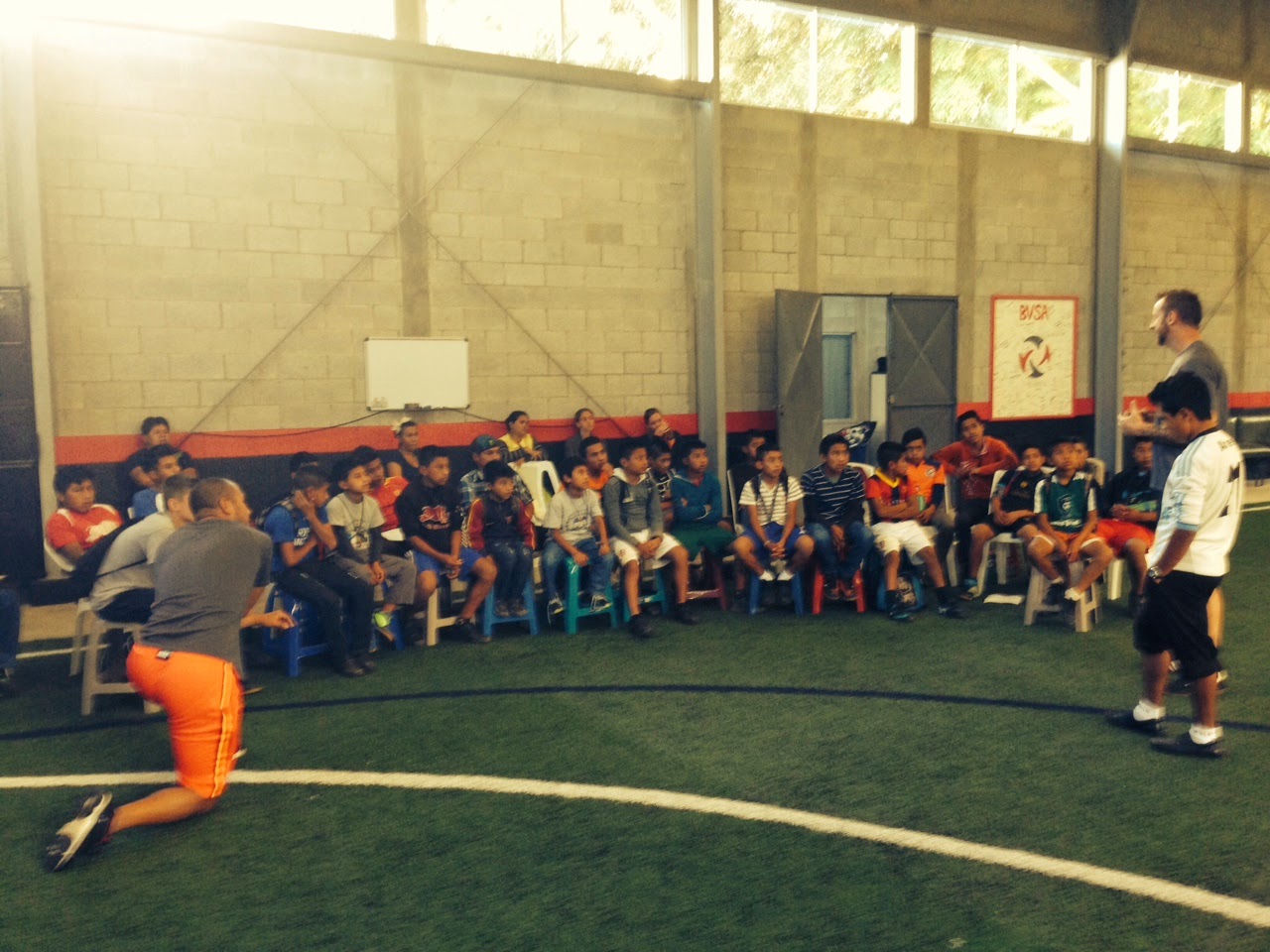 yesterday we had a sweet but tough conversation with the boys and our staff.  it started as a discussion about the challenges and sacrifices of a life following jesus.

i knew where the conversation was going (the davis family and Axel announcing that they are moving to honduras) but before we got to that point, i wanted the boys to know that following jesus often leads to having to do hard things.

i talked about our move to guatemala from florida 6.5 years ago.  how hard it was to leave friends and family, but how faithful God has been.

then the announcement came.  eyes got teary.  paul shared.  his eyes got teary.  my eyes were teary.  i'm pretty sure kerrie's, mynor's, and walda's were as well.  jessica was sitting in the back - and her eyes weren't just teary… they were leaky.

then a very special moment came.  (lots of them actually.)

Axel stood up and, in front of many of the young men he's grown up with, told them that he is moving to another country to help start another boys academy.

now, before you think "thats not that big of a deal", let me put it in perspective.

our town makes small towns look huge.  buena vista, for many generations, has been so far removed from civilization, that "leaving" has simply never made sense.

so there stood Axel.  in tears, with stressed veins in his temple and neck, struggling to get it out… but finally explaining that God has called him to do something, and he's answering the call.  he said its been hard to make the final decision, but that his life has been changed by being in the academy for the last 4 years - and he knows this is the opportunity of a lifetime.

call it cliche to say, but for me it was a moment when time stood still and it was just Axel standing there talking.  maybe it just seemed that way for me, knowing what i know.  understanding the hugeness of what was happening.

after that, some memorable comments were shared.

carlos said he wanted jessica to know how much he'd miss her.  that she has been like his private teacher over the last 2 years and he's thankful for all she's done for him.  (leaky turned to pouring!)

julio asked what its like to feel "called".  it was a great question.  and i had noticed that his mind was working overtime as he was listening to all of us share.  he asked "how do you know when you're called by God?" it lead to a great conversation.

then allan stood up with a very serious look on his face. (not normal for those that know allan!)  with his own emotional crack in his voice, he looked right at Axel and said:

Axel, I want you to know that I admire you and I am proud of you.  we're all proud of you.  no one has ever left here before to go live in another place.  but you are doing something very big and we will all look up to you for it.  i support you all the way.

it was a special day.  friends are leaving, but exciting new things are beginning.

there's a group of boys in travesia, honduras, that are a lot like the boys of buena vista.  soon they'll have some great people coming alongside them to love them, teach them, and share jesus with them.   chains of generational sin will be broken there through those boys, just like its happening here in BV.

sure, following jesus is hard.  but there's no greater call.
Posted by brock at 8:27 PM

What a great story to share and to hear especially on the Americans Thanksgiving Day. What a blessing that Axel is following his calling to join the Davis'.

Song of praise so appropriate for this occasion.

powerful, powerful, powerful. so thankful to know Axel, the davis' clan and to see God moving them all to plant this new academy. Gonna be cool to watch God do it over and over again! Rhino strong.

Made me tear up man! God's locker room. Love those boys