its been a crazy december!  we always try to finish up the year with some special activities for the boys, especially considering that when they think of "christmas", most of them think of an undesirable time of year when the men are off work and get drunk and abusive in the street. 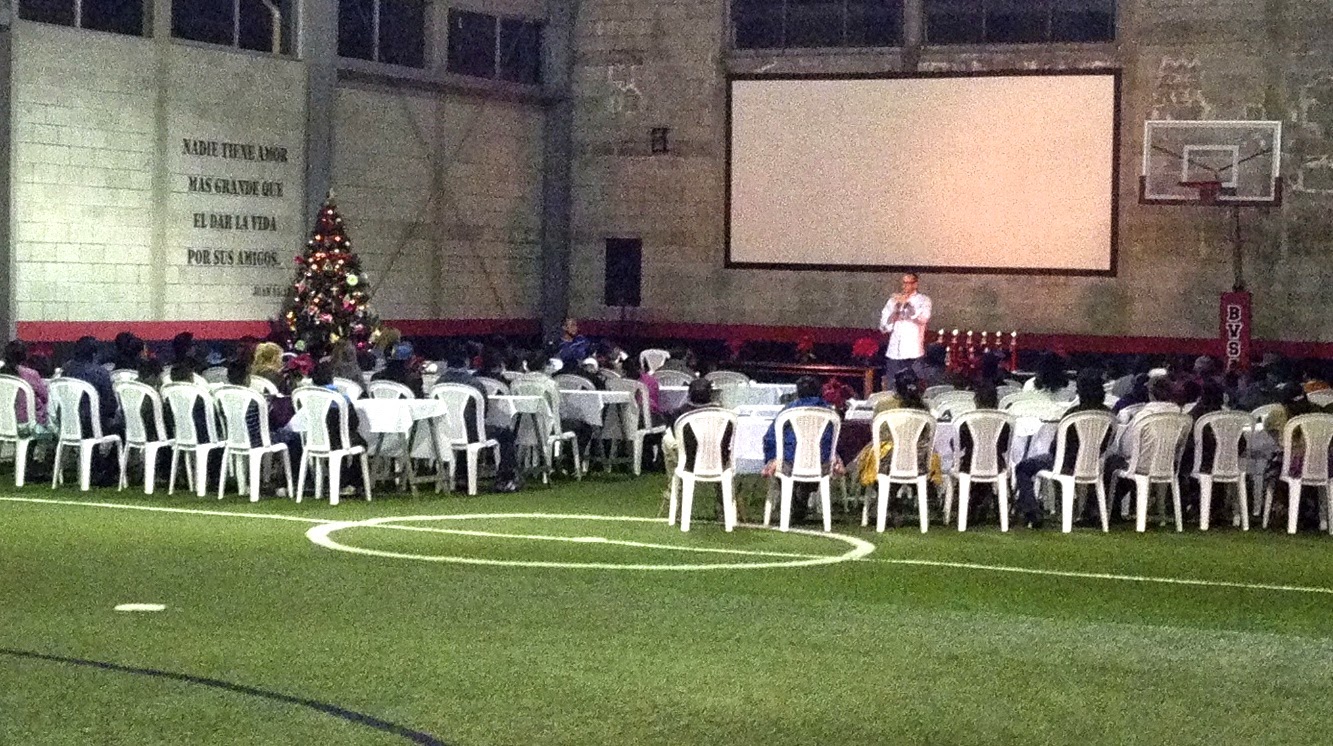 so part of our goal for december is to fill the boys up with christmas memories that will possibly replace those bad ones.

we had our year-end trophy celebration and graduation, where we gave out 12 awards and officially graduated carlos, josue, and alex.  all the parents came, so we had over 100 people in the gym.  we served "typical guatemalan christmas food" which i think everyone loved!  we watched the videos from the USA trip and the Honduras trip, which the parents had never seen before.  there were lots of laughs and also some tears...

we had our staff christmas party at a local pizza place in antigua.  this is a party for our employees at bvsa and their families.  keep in mind a lot of these people would NEVER go to antigua and eat dinner... so just that alone makes this a special night for their families!  we did a white elephant gift exchange, which was a blast... and were able to give our employees a christmas bonus!

we also took our 3 graduates out to guatemala city to officially celebrate their graduating from the program.  we allowed them to bring a date along, which sort of confirms to them that they are moving into manhood - and that our role at bvsa is to help them along and support them in their new phase of life.  we went bowling and out to dinner - but my favorite "factor" in that night was how the boys get to watch us men interact with our wives.  when they see us goofing around, having a blast with our wives, it is something entirely new to them.  and even though they see it on a daily basis around the academy, its just different when in public.  another opportunity to teach the boys how to treat a girl. anyway, we had a great time and it was an experience the boys and their dates will never forget. 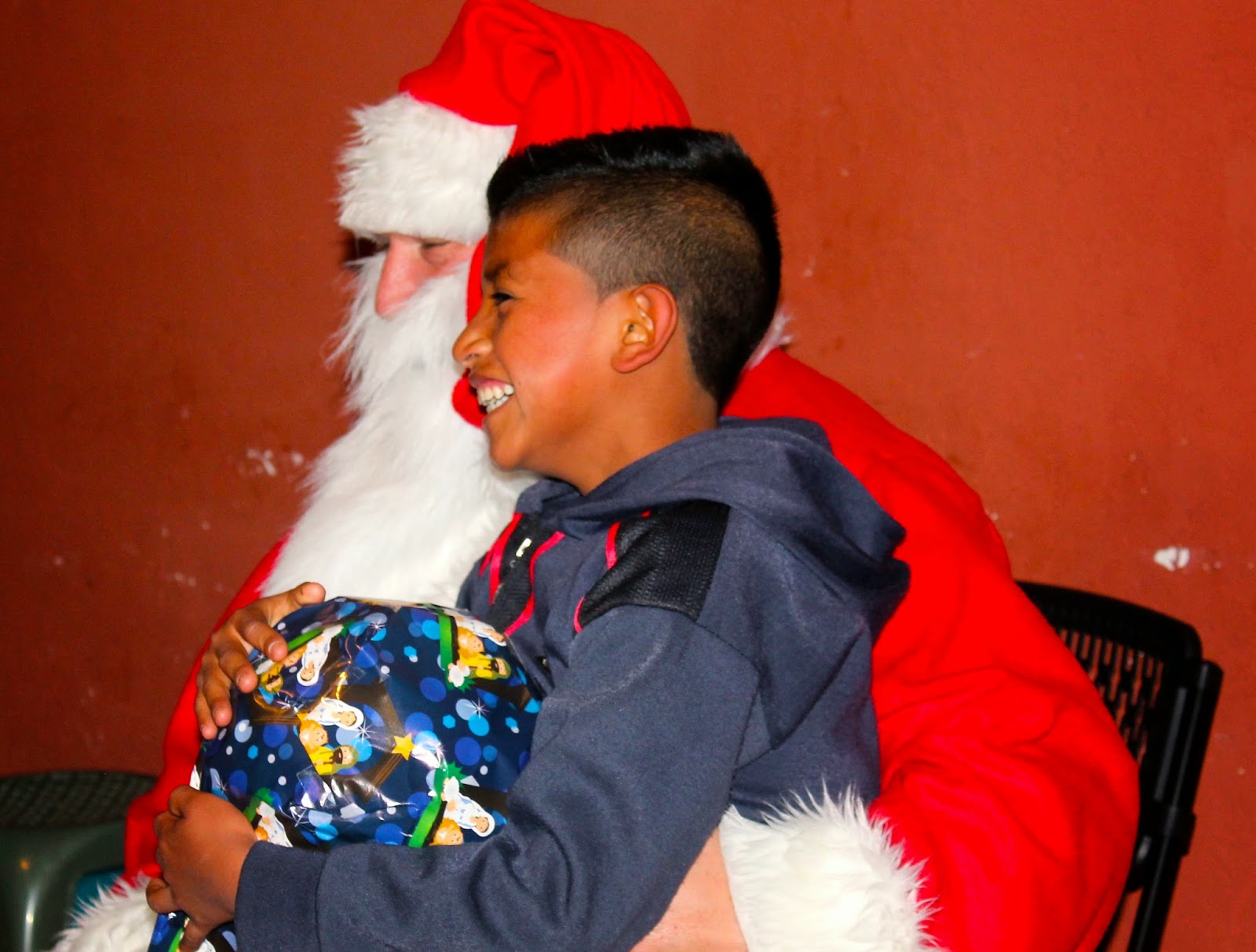 finally, we wrapped things up with the annual rhinos christmas party.  it was a great night.  we were able to do the gift exchange again this year...  each boy drew a name and had $15 to spend on a gift.  (we took them shopping a couple weeks ago.)  in addition, we had a visit from santa (my friend chris steed) who gave all the boys a soccer ball and a hat!

my favorite part of the night was when the boys put on a "drama" for us.  normally, us coaches do a drama for the kids, but this year they asked if they could do it.  it was awesome!  it was a story about all the super heroes in the world who were upset because they heard about a new "hero" named Jesus who claims to have come to the earth to save the world.  it was creative, serious, and funny all at the same time.  just watching the boys express themselves while acting was incredible for us.  they have changed so much this year - especially in the area of self confidence.  we finished the night with some worship and prayer.

THANK YOU TO THOSE WHO SPONSORED THESE EVENTS TO HELP MAKE THEM HAPPEN!!  YOU HELPED US CREATE MEMORIES THAT WILL LAST FOREVER. 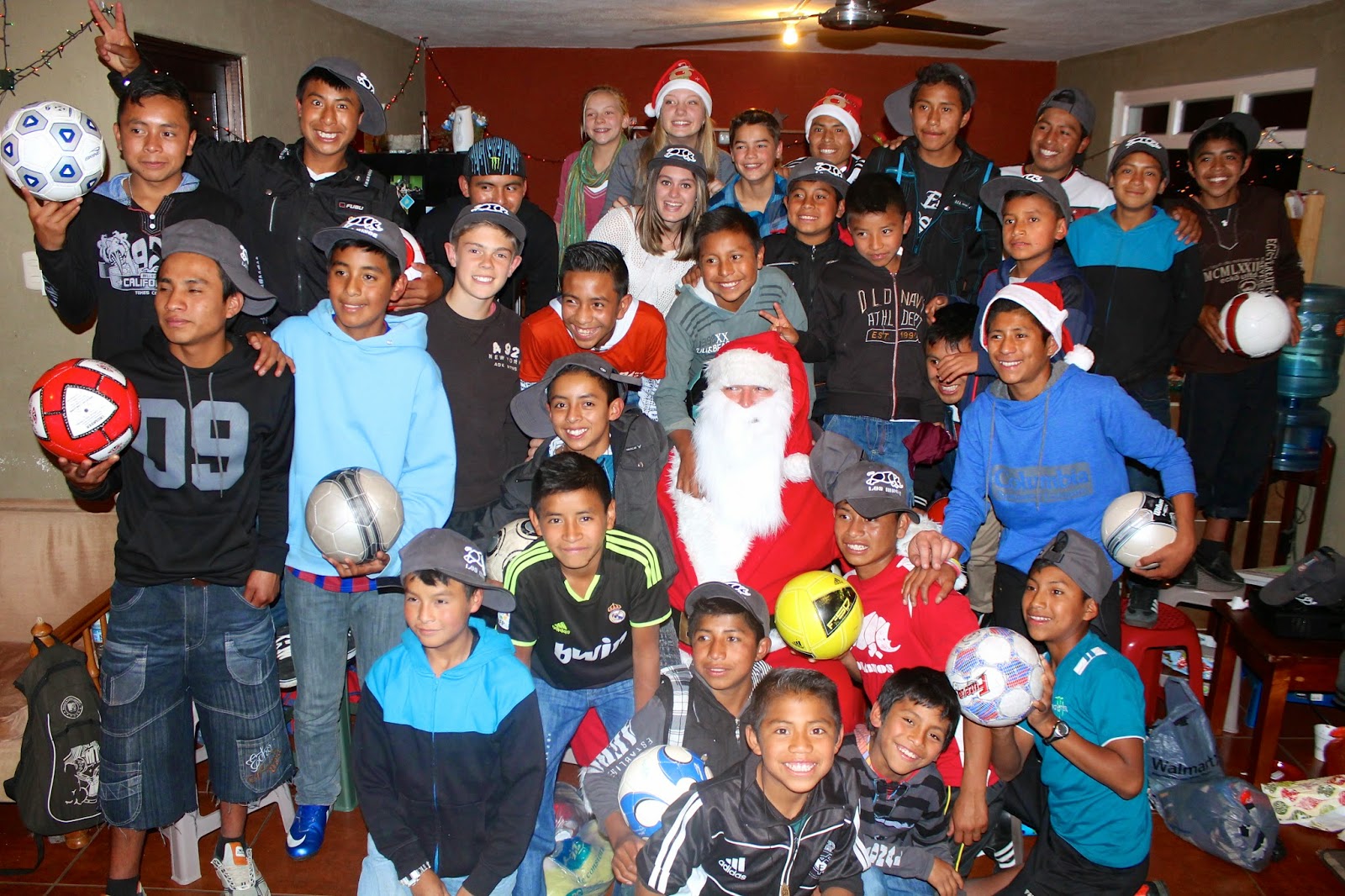