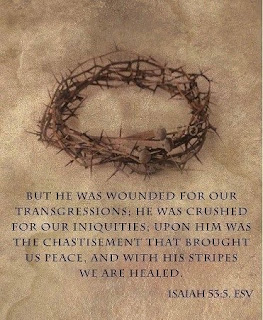 hope yours was special and meaningful.

ours was quiet, but really good.  we spent the morning hanging out as a family.  we listened to a john piper talk about the resurrection as it relates to our putting our own sin to death (romans 6).  led to some great family conversation...

later we had the rhinos over for some worship.  we talked about the weight of sin, and how the horrific murder and death of jesus led to the resurrection... and the end of sin and death for christians.  we watched a powerful video set to the music of a spanish speaking artist that depicted the crucifixion and resurrection.

one thing the boys struggle with - and it stems from the bondage of christian legalism in the village - is that the depth of their sin never gets dealt with.  they work hard to fix the exterior and "present themselves well", but in the end they are left with guilt and shame.  the local church teaches that if you are doing bad things, you aren't welcome in the church.  "get it fixed and come back when you are clean" is the message from the pulpit to the sinner.

over time, this fake and empty attempt at christian living fades away and is replaced by and "all or none" approach to sin.  meaning, when jose finally realizes he can't stop sinning, he throws in the towel on the whole thing.  he may as well indulge in every sin under the sun since he knows he'll never be perfect.

what this leads to, and we've seen it over and over again through the years, is a nonsensical rotation of "who's in the church and who's not" at any given time.  those who are "in" are judgmental while hiding their own sin issues.  those who are "out" are the ones who (often times) got caught in their sin, were exposed and consumed by the village gossip.  because of the message being preached in the local church, they no longer feel "worthy" of coming, so they give up on their faith.

its a dark and evil cycle that directly contradicts the message of forgiveness and freedom.  a direct attack against the true meaning of the cross.

it is exhausting and exhilarating at the same time.  we believe there is no other way.

at one point during the john piper talk he talked about how the church often misses it bigtime by not going deep.  teachings can so often stay surface, leaving everyone feeling good.  but paul, in his missionary journeys and church planting efforts, never stayed surface.  he showed up in ephesus, for example, and camped out for 18 months... 6 days a week, 5 hours a day, teaching.  he taught about the deepest things imaginable.  his love and teaching was so extreme that it asked people to look at the deepest corners of their own heart and examine their sin.  and then the best part... how to be free.


i am encouraged by God's word to keep pushing and keep fighting!  dig deep and avoid no topic and avoid no conversation.  the more delicate the topic, the more necessary it is to go there.

for us in the context of our village in rural guatemala, that means one thing.  what does it mean in your environment?

“that I may know him and the power of his resurrection, and may share his sufferings, becoming like him in his death, that by any means possible I may attain the resurrection from the dead.”
‭‭Philippians‬ ‭3:10-11