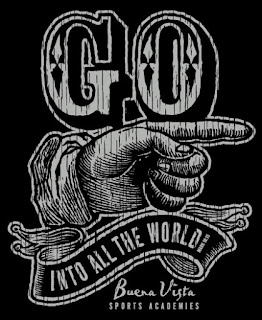 God has been stirring our hearts in this direction for several years now.  it started with simple statistics, especially regarding the "great commission" that Jesus gave before he ascended.  his final words were an authoritative order to take the gospel to all the nations (matthew 28:16-18).

but the statistics show us to be brazenly disobedient.

for example, the historically christian united states of america is currently responding to Christ's command by sending 0.05% of its christians to the nations.  one half of one tenth of a percent!

john piper once said regarding Jesus's commission, there can be only 3 types of christians:  zealous goers, zealous senders, and disobedient.  i wonder the percentages of each category, considering that 99.95% of american christians are NOT goers?

as shocking as that is, it was actually another number that found permanent unrest in my heart and mind.  it still lingers there and wakes me up at night.

of the 0.05% goers, only 9% of them are going to countries where 4.5 billion of the world's 5 billion non-christians are.  thats right...  91% of american missionaries are located in countries that are open to christianity, if not already predominantly christian.

this is not a snub towards missionaries anywhere.  it would be ridiculous to disrespect the half-of-a-tenth-of-a-percent who have left it all behind for the mission field!  and without a doubt, there are unreached people everywhere.  the heartbreaking crux of the issue is simply how few christians "go."

so... God is calling us to expand our ministry to new territory.  there is a latitude/longitude box on the globe called the 10/40 window.  inside it, you'll find those 4.5 billion lost souls i mentioned (many of which are unreached, having never heard about Jesus).  the 10/40 window is also the home to the majority of the world's poor.

as a result of these stirrings from the holy spirit, in december of 2015, mynor and i visited morocco.  in 2016, we went to the cross & crescent conference on islam.  and in may of last year my family went to northern iraq.

the commission that Jesus gave was a mandate for christians to tell the world about himself, so that they may be saved and spend eternity in heaven with God and all his glory.  if christians are called to be the light of the world (matthew 5:14-16), and to let our light shine before men so that they can know God...  then i want to go where it's the darkest.  what better place to shine a light?

in early july of this year, my family will be transitioning out of guatemala with plans to relocate to iraq.  God has given me a vision for BVSA. a soccer ministry on its surface, it is actually just a training ground for young men to come to faith, be discipled, and evangelize their communities.  the fact that soccer is the world's sport - a language in and of itself - makes it an amazing tool.

we've gotten solid feedback from contacts in iraq and morocco that this unique approach could be effective in their environments.  ministries geared toward young muslim men can be very powerful, as a male muslim-to-christian convert has much influence over his family, and future generations.

we will be leaving guatemala a month short of our 10 year anniversary.  its been an amazing 10 years, full of both hardship and immense blessing!  the work here is just beginning.  the leivas are capable leaders, equipped with a fantastic team of young men who came up through the academy and now share the vision to keep leading young men to Jesus.

we will temporarily relocate to our hometown of jacksonville as we make plans towards our next move.  we will need sufficient time to plan, as moving to this part of the world as missionaries can be complicated.  if you are a supporter of our family, or of BVSA, please continue with us!  nothing will change regarding your support as it continues to allow us to take the love of Jesus to the nations.

some prayer requests during this transition time include:

1. the difficulty of leaving the place we've called home for the last 10 years. God has given us such a special family here. it's going to be hard to say goodbye.

2. a smooth transition of ministry leadership to the leivas.

3. a family to come serve alongside the leivas and help share the load of loving and discipling.

4. the leading of the holy spirit in all future steps, and my ability to discern. this includes the unstable situation right now in northern iraq, and if God would have us plant an academy somewhere else first.

5. missionaries to partner with in iraq and around the world!

feel free to reach out to me with any thoughts or questions.  and thank you so much for being a part of this incredible journey with us.  may Jesus get all the glory and may lots more people come to know Him!

This is so good. Those of us who are your passionate senders are so conflicted because we worry for your safety but also know that it is what you have been called to do! Love you so much. <3