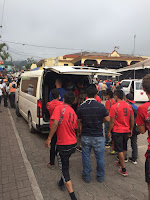 the recent eruptions from volcan fuego ("volcano of fire") have left over a hundred people dead, hundreds still missing (likely dead - buried under dried lava flow), over 3,000 evacuated, and almost 2 million affected.  according to rescue workers on the ground, the disaster is much worse than reported through the media.  in fact, a group of prosecutors and politicians have opened an investigation of criminal negligence by CONRED (guatemala's emergency response agency), after not heeding the warnings given by the national institute of seismology and volcanology. 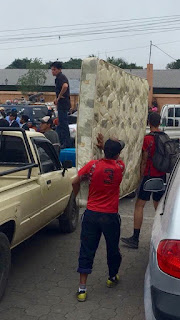 in countries of extreme poverty, disasters such as these lead to unnecessary death and destruction.  not only are the warning systems archaic (if not absent), but the poorly built homes simply give no protection.

the varsity rhinos went down to the disaster site the day after the tragedy.  they worked in the relief center, unloading donations such as water, food, and clothing, and helping organize the distribution area.  as expected, it was complete chaos.  please pray for those who have lost loved ones, are still searching, and whose lives have been turned upside down.

if you are interested in donating towards this cause, we have friend-ministries who are directly working the disaster relief.  these are trusted ministries who will assure that the donations meet the greatest need.  you can donate through deepstream guatemala HERE, and we will pass the donations through.  please note "volcano relief" with your donation.

as we prepare to leave guatemala in 3 weeks, official goodbyes have already begun.  we are excited for what God does in the coming months, as we prepare to plant more BVSA academies in tough places around the world.  but the excitement is currently dampened by the sadness of leaving. 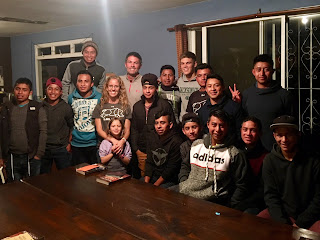 we recently had a group of rhino graduates over to explain more clearly why we're leaving, and encourage them to stay strong in their efforts to win Buena Vista for Jesus.  it was a special night as we reminisced on 10 years of ministry in BV, and 8 years of BVSA.  the oldest who was present (now 25) was myro marroquin, a 2011 graduate.  he, and almost all of the others, shared their favorite rhino memories, and encouraged us personally about the impact we made in their lives.  it was tough to hold back the tears.

for me, one of the sweetest moments of the night came from josue (abuelo), who is now married with 2 children.  as he reflected on all that he learned at BVSA, he looked at me with tears in his eyes and said, "but something i always told myself over the years was that i want to be a dad like brock and mynor...  and now i'm doing it."

while our emotions are all over the place right now, we are excited to turn over the leadership of this special place to mynor and walda leiva.  we trust they will continue the vision of BVSA with passion, and many more young men will come to faith in Jesus. 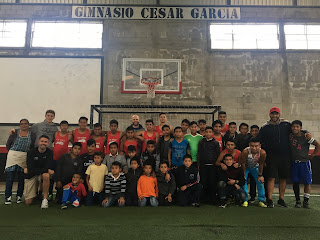 one of the things i've wanted to do for a couple years is officially name our gym.  as our time in guatemala is coming to an end, we finally did it.

we gathered the rhinos and i explained to them how most sports arenas, fields, stadiums, etc, have a name.  usually, the name reflects a financial donor or sponsorship.  in our case, we want to name our gym after someone who has "sponsored" us through fervent prayers.

this man prays for us every day - not only in general, but for each person by name. 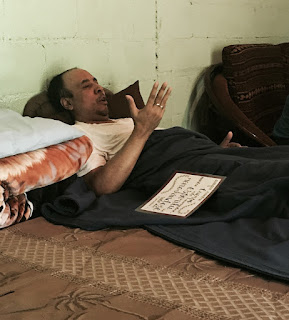 this man has encouraged me so many times over the years.  his counsel to keep fighting has motivated me time and time again.

his insistence that BVSA is a church - not just a boys academy - has helped me keep my focus on being a good pastor, not a soccer coach or administrator.

his example as a godly husband, father, and lover of jesus has inspired me like no one else.  he is a modern day hero of the faith, not unlike those listed in the hebrews 11 "faith hall of fame."

such an honor to give our gym the name:  CESAR GARCIA GYMNASIUM.  you can watch the video on our may 25 instagram post (@BVSARhinos).

it was also pretty special to see his son pablo's reaction.  and encourage him to always be proud to say "i'm cesar garcia's son." 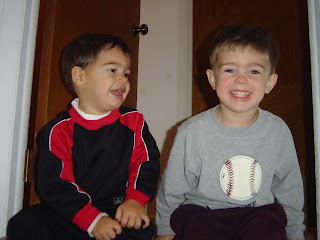 they possibly played in their last game together yesterday.

best friends since 2 years old, God has been sweet to allow them to grow up together in 3 different cities and 2 different countries.

they've faced challenges together and overcome obstacles like not many young men their age ever will.  they've fought and made up.  they love and defend each other like best friends should.

i have no doubt they will rock their college campuses with something different - not just as lovers of life, but also as lovers of Jesus.  able to influence those around them because of their love for the world, while walking against the ways of the world.

2 unique MK's - actually missionaries in their own right.  2 future awesome husbands and dads.  2 future world changers, with desires to carry the love of Jesus to the nations.

would God have their paths cross to share another chapter of life together in the future? 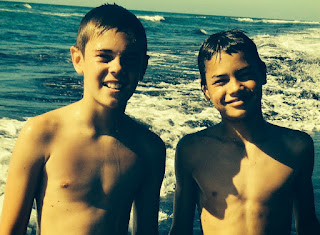 Wow!! God bless you two beautiful hearts . In all you do. Necessary highlight. !