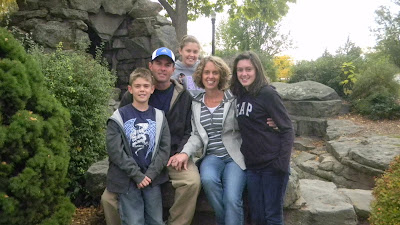 today we are praising God for our monthly donors, who because of their consistency, sustain our monthly expenses to be here on the ground in guatemala.

they receive no glory. there's no feel good video at the end to recognize what they did. no specific house that was built, or surgical operation that was paid for.

the money is just sent, every month. some give $15. others give $100. some give $500. some months a donor doubles their committed norm without even mentioning it. not even a note saying why or for what. usually when this happens, we know exactly why... because something has recently happened or there is a sudden need that came up. God uses his people to meet the needs without any need for fanfare. i love that because only He gets the glory.

obviously we need houses donated, money raised for specific needs and projects. in fact we are very often pleading and praying for it!

but today we are celebrating the ones that send monthly checks that end up covering johnson family groceries, rent, electric bills, school supplies, clothes, gasoline and haircuts.

YOU ALL ARE AMAZING. WE LOVE YOU SO MUCH. YOU'RE GENEROSITY KEEPS US GOING, AND KEEPS ALL OF OUR EFFORTS MOVING ALONG.
Posted by brock at 3:11 PM No comments:

its been a CRAZY last few days. to summarize... we found out that obtaining water in Buena Vista is not easy. in fact its a complicated political mess. (if you didn't know, we are currently working on building a house in BV as well as the boys academy.)

we discovered that the "committee" of buena vista men is in charge of deciding if "outsiders" can obtain access to water. we also know of some who have lived there for a couple years and still are fighting to get water access.

after learning this, i went to the head of the committee's house to see what we needed to do. he said the committee meets to discuss the request, then advises the town, then there is a town meeting and a vote.

in all of his much enjoyed authority, he reminded me that he inquired over a year ago for a new home for his nephew and we never did it. i reminded him why... that, by comparison, his nephew's house was not nearly as bad as many others, and we try to base the home ministry on helping those with the greatest need.

he then said "so why should i help you if you've never helped me?". i politely reminded him that we have built almost 40 houses for his community, started businesses, helped with numerous medical needs, and on and on... ultimately he said "yeah but never anything for me."

he closed with saying he has the power to swing the vote and get us our water access if we build a house for his nephew. i told him no thanks, that i don't feel right getting our water by using someone's donation to the 12x12 ministry to fulfill a bribe. i said most of that as i walked away, because i was fighting against a familiar feeling i get when i am about to punch someone in the face. (i know, not very Christ-like.)

so... the committee meets and a meeting is scheduled for sunday at 6pm. we notified some BV friends and asked for support. the turnout was incredible! everyone showed up and voiced opinions in our favor.

but the big man had a wild card up his sleeve. he withdrew the "law book" from his inside jacket pocket, and had someone read a reference that he twisted a bit to mean "if you're not a legal resident of guatemala, and have lived in the town a year, you can't gain the privileges of the town."

he then in a patronizing tone explained that he is sooo sorry, that he really wants to support us, but his hands are tied because the law is the law. what he didn't know was that in God's ever-so-cool-and-perfect timing, i had received my guatemalan citizenship ID card that very week!! he wasn't expecting that.

what does he do? he says "we need to schedule another meeting so that more people can be here to vote. the only people here are your friends and ones that have received benefits from your ministry." so he set another meeting for tuesday at 6.

we were told he spent monday and tuesday inviting people. more people came than i could believe. the place was packed, with more standing outside looking in. lots of faces that i didn't recognize. lots of men that must return from work late at night, because i had never seen them before. there were enough "new faces" to bring some concern.

the floor was opened for the people to speak. one after another came forward in our defense. what made it so amazing was the number of those who spoke that we didn't even know personally. one man spoke for 5-10 minutes about his gratitude for what we do.

he said he didn't know us personally, but he knew about us. he said what makes us unique is that we don't only attempt to meet spiritual needs, nor just physical needs. he went on to say... "some people just go around preaching, telling everyone about God. but what's that help if the people are hungry? then there are others that only meet physical needs, giving shoes and food. that's great, but it doesn't last forever like the truth of God does. but these people are doing both! what a blessing they are to our community! i can't believe we would even consider denying them water! we should be supporting them in all they do!"

one after another came forward with similar statements. it was a 100% vote in our favor.

it was a beautiful night and a big encouragement for me personally. before we left, i asked if i could say something. i wanted them to know that for us, this was more than a request for water. it was a request to be neighbors. to be welcomed into your community. i explained that i know it must be strange for a family of gringos to be moving into town! but also that it isn't exactly easy for us either. i told them that sometimes my kids cry because they miss their grandparents, or their cousins, or their aunts and uncles. but we do what we do because life is about following God. we believe in Jesus. we believe he died on the cross to wash away sin and give us life. and we believe God wants us here in Buena Vista. i thanked them for saying yes to our request to live amongst them.

i don't expect the resistance to go away. when we start teaching boys about respecting women, equality, freedom in christ, etc, it will cut against some small-town-guatemala cultural norms. i expect some challenges along the way, especially from the men.

but right now we are celebrating an encouraging boost of support from our friends and soon to be neighbors.
Posted by brock at 11:27 PM 4 comments:

who is your neighbor? 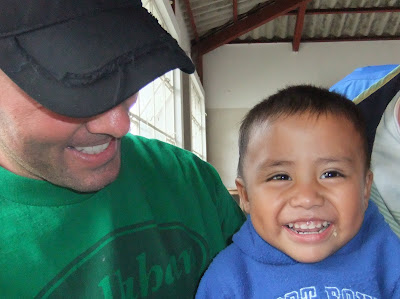 Jesus broke down the path to eternal life simply: love God with all you've got, and love your neighbor as yourself. as basic as that sounds, some of us inquisitive types might ask, "yeah, but i wonder what he meant by the word neighbor."

my next door neighbor? those in my neighborhood? my city? county? state? nation?

thankfully, there is no reason to wonder. someone - just like us - once asked Jesus that very question.

remember the story of the Good Samaritan? do you know why Jesus told the story? he told it because someone asked him what he meant by "neighbor."

if you don't know the story, check it out here. the parable teaches more lessons than i can even begin to expound on. but here's a couple quick points:

samaritans and jews were not friends during this time. for Jesus to use a samaritan as the "good guy" was profound and must have been inconceivable to those he was talking to.

the priest and the levite would have likely been traveling back from jerusalem to jericho. jericho was known as a principle residence for priests, and jerusalem was the site of the temple. the samaritan, on the other hand, would have lived near galilee and would never associated himself with jews (john 4:9).

Jesus is making a clear point to show that the samaritan was neither a neighbor in nationality, nor in proximity.

ultimately, the overarching point of the parable hits hard. jesus asks, "so which one was the neighbor?"... and the man responds with "the one who had mercy." to this, Jesus finally responds "now go and do likewise."

your neighbor is anyone, anywhere who is in need.

the boy in this picture is named danilo. he is an orphan in guatemala who is HIV positive. he is your neighbor.
Posted by brock at 4:49 PM No comments: