just getting back from a short visit to the states. i was invited to share at my high school baccalaureate, which was really cool.  crazy seeing people you  haven't seen in 20 years!  but the trip was even better because i took my 16 year old daughter with me, and we had a ton of time to talk, laugh, and catch up together.

traveling back and forth from a place of extreme poverty to the USA is a tricky thing.  as the years have passed, i think i have gotten less cynical and frustrated though.  i remember after our first year living in guatemala, i want back to the US and just couldn't stand it.  the excess, the abundance of food, the packed malls, all the 50k+ cars, etc, etc.  all while supposedly being in an economical crisis!

while i still notice those things, i have sort of "gotten used to" the transition of going back and forth.  on this trip however, something else grabbed my attention.  my daughter and i tabbed it the "me me me syndrome" as we discussed it throughout the short trip.

we kept noticing how so many people are obsessed with themselves.  constant phone checking, tv watching, eating, shopping, planning schedules, etc, are only a few examples.  its not fair to judge anyone by a single action - or a single day or couple of day's activities - so this is nothing personal towards anyone in particular.  its just an overall feeling that i got while observing...

at one point, we counted 15 consecutive people walking through the airport while literally scrolling their iphones as they walked.  consecutive!  not being a big fan of facebook already, i launched into another stratosphere after watching people continuously check their phones as they are in a live conversation with someone else!

the social media boom has helped us become even more narcissistic than we already were. constantly "posting and checking" keeps us focused on ourselves to a entirely different level.  so hard to be denying ourselves (living for God and others) when we have a facebook/twitter/instagram image to uphold!

i was convicted to return home and meet with my family.  we decided that we want to stay "outward focused".  meaning, we want to be able say - at the end of the day - that most of our day was spent focusing on others.  a simple enough goal, but harder than it sounds.  just think of how much we do "for ourselves" on any given day!

signs of danger, we decided, are constantly planning (or over-contemplating) what we are going to do next.  what's for the next meal?  when is the next meal?  can i play xbox?  can i bake a dessert?  i need new jeans.  i need to upgrade my phone.  i wish i had a better computer.  i need more music on my ipod.  lets run to the market and get a few dvds.  i wonder what my friends are doing.  better check facebook.  i need..... blah, blah, blah.

its a mentality that keeps us in our own little worlds - all the time.

Jesus tells me to love my neighbor as i love myself.  he told me to deny myself, and to lose my life to save my life.  he said to put to death my selfish ways.  he even said to stay away from people who live "idle" lives.  i don't even want to expound on that one!!

my old man had given me a few magazines to take back, so i got them out of my backpack on the plane ride home.  amazingly (at least for me!) the most recent cover of Time magazine was titled "the me me me generation".  the article was great - really drove home a lot of what i had been thinking for the last few days!

Jaime
walking through the village with some visiting friends from jacksonville, a woman asked if we'd come pray for her husband. when we walked in there house, i realized it was the pastor of one of the local churches here in town.  lots of history there (another story).

as he shared about his sickness, it didn't take long for him to change the subject and tell us about his ill granddaughter, jaime.  she had a serious ear/nose condition that she's been dealing with for years. we surrounded jaime and prayed...

the next week, a friend of the davis fam was in town - an ear doctor.  he (mike) went and saw her, and God touched his heart to help out.  through our friend dr. carlos, we got in touch with an ear/nose/throat doc in the city.  paul and mike took jaime to the doc.  he cleaned out her nose and ears, got her started on some medicine, and she is doing great.

it seems so simple...  but a local family from the rural mountains of Buana Vista would never otherwise be able to go see a specialist in the city. too many variables stand in their way - the first being simply the cost. and even if they were given the money, education, lack of confidence, etc, etc, all work against them.

praise God for the specific way that he helped this sweet young girl and her family!

after passing all of the giant worms (former amoebas) from her body, paula (4yrs old) has a vaginal hernia from all of the pushing.  after a nightmare experience at the local hospital, and being put on a waiting list that would take months, we contacted dr. ruiz- the man that delivered our daughter luciana.

crazy - he does vaginal hernia operations.  through some miracle-timing-from-God donations, we were able to get paula the surgery that she needed right away.  praise God!!  paula is recovering wonderfully and getting right back to her normal spunky self.

candelario is paralyzed from the waist down.  his life changed forever, he sits in his bed all day.

miserable, right?  not exactly...  God is doing so much more.  you see, candelario was an abusive alcoholic. his addiction has been destroying his family for years (he is almost 58 and has been a drunk his entire adult life).  before his accident, his wife was preparing to leave him.  his sons, the youngest of which is with us in the boys academy, couldn't stand him.

through this seemingly awful and tragic situation, God took his addiction away.  he can't abuse his kids anymore.  he has been sober for months.  he is softer, sweeter, and kinder.  his wife stayed.  they seem to be happier together.  his adult sons are helping out, and starting to take care of him.

candelario and his family still have problems. they are poor, struggling to make ends meet, and now have more expenses than they had before.  but there is peace on their home.  there are more smiles.   and there is a husband and father that is getting to know his family for the first time without the influences of drunkenness and abuse.
Posted by brock at 12:09 PM 1 comment:

jake and the local school 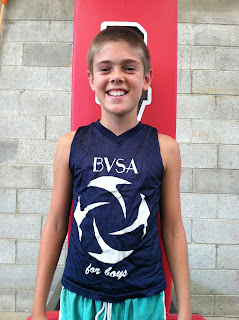 a follow up to a previous blog about my son jake starting in the local school.

its been tough. he's had some rough days. the place is dark, full of kids who have never been disciplined or educated at all.  most have no sense of "appropriate" as they have literally raised themselves on the streets.

at his former school, jake was like a celebrity. him being an american, being "different", was appreciated. he was popular and loved.

but in the local school in the village, he's picked on and made fun of for being different.

today, jake is sick so he missed practice. during devotions with his team, they all began talking about the way everyone at school treats him.  it started when one player said that some kids tell jake "we wish you'd go pack to your country, we don't want you here."

then another raised his hand and said that another kid always tells jake "don't you know that we don't want gringos here."  another group of girls, just today, told jake "the reason you're sick is because you're a gringo and gringos get sick easy."

they said other kids just walk by him during the day and say "#@%# gringo."

one after another, the boys raised their hands with stories of how mean everyone treats jake.  tears started to fill my eyes.  i couldn't listen anymore.

i know i'm his dad, but i'm telling you there is no sweeter kid.  he's always positive and in a good mood.  he loves everyone.

it ruins me just thinking about this.  i dont know what to do.  God, help me.  i think about how he keeps most of it to himself, trying not to make a big deal of it...

i of course encouraged all the boys to be there for jake, support him, and defend him.  some said they already do, and others promised they would.  i told them that he needs all of them.

please pray for him with us.

update 5/9:
i took jake out for dinner.  we had a guys night.  talked a lot.  he shared a lot of the stories that i mentioned above.  it was overall a great night, definitely what he needed.  my highlight of the night was when i was joking about what we could do to "get even" with some of the bad kids, and he said: "dad, their just immature. i have to be patient and not let it bother me. its hard sometimes, but most of the time it doesn't even phase me.  i have to love on them.  that thats why i am there, to make a difference."
once again, he leaves me speechless.