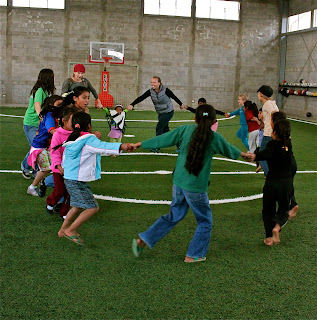 so proud of my daughters, madi and brooke.  this last week they have been hosting a girls camp for the sisters of the boys in the academy.

around 20 girls have come each day for activities such as kick-ball, crafts, basketball, nail-painting, and games.  it has been a blast!  so fun to shower these sweeties with love and attention...

the girls camp has also been a great way to introduce the davis girls to some of their neighbors.  they have been adjusting really well so far, and it was cool to see them having fun with guatemalan girls, despite the language barrier! 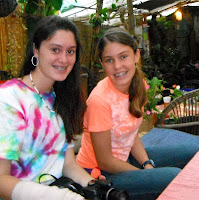 madi and brooke have more activities planned for next week to extend to the families of the rhinos.  they have also been working several hours each day at the academy.  each have their roles and responsibilities, and have been working hard.  its exciting for me to see them getting involved, taking leadership and initiative, and executing on it.

my baby girls are growing up; becoming beautiful young women.  they make mistakes.  but they love Jesus.  they hear the holy spirit.  its fun watching them navigate through the teenage years.  i couldn't be prouder.
Posted by brock at 10:49 PM No comments: 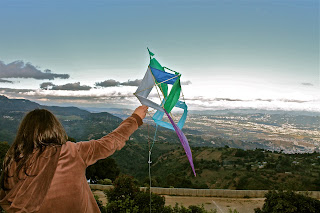 "buena vista" is the name of our village in rural guatemala.

to prove its name, check out this picture of my daughter madi letting go of a kite from the balcony at the boys academy (click on pic for full-size).

it may be a poor little village, but its got a million dollar view!
Posted by brock at 10:00 PM No comments:

doug is going to make it.  apparently one of the bullets just missed his heart...

he is undergoing surgeries to repair damage in his intestines, liver, diaphragm, stomach, arm, and leg.  while the road to recovery will be difficult, the good news is that his prospect toward recovery is good.  we praise God and rejoice with doug's wife, children, and loved ones.

thank you for your prayers.  it has been a blessing to hear from so many of you who have joined us in prayer, and shared with your friends, family, churches, etc.  the power of prayer is an amazing thing.

please pray with us for our friend and fellow missionary Doug Johnson who was shot 3 times yesterday while apparently trying to prevent his car from being robbed.  he is in critical condition.

kerrie taught doug's son at the CAG missionary school our first year in guatemala.  we have stayed in touch - he manages facilities at a wonderful girls orphanage that we know well and visit often.  he and his wife sarah have 5 children.

"you're wasting your time."  "all they do is make you run and boss you around."  "you guys train all the time and never get better."  "you should be working."

those are some of the comments that local men make to the varsity rhinos.  they tell us about it all the time.  what makes it worse, is that many of their own dads, grandfathers, and uncles are the ones who say it.

its an abusive, macho culture, and its been that way forever.  we've had men come and tell us they dont like what we're teaching the boys about women, because "women have their place, and it needs to stay that way."

all of this is what made last week that much more special.  for the first time, we hosted a "buena vista indoor men's tournament."  its something we've been wanting to do for a while - reach out to local men, let them feel included in the academy and what we are doing.

they were beyond excited.  the local men formed their teams.  a point system would determine the seeding for the playoffs, the champions would receive a trophy.

our rhinos were in the middle of the field come playoff time.  we had won a couple games, and lost a couple.  in the first round of the playoffs we drew the only undefeated team.  it was alan's brother's team.  (alan is one of our younger varsity rhinos.)  literally the entire starting 5 players were alan's brother's!

in dramatic fashion, alan, who hadn't scored a goal the entire tournament, scord the game winning goal with 30 seconds left in the game!  needless to say it was a confidence boost, and a very special moment for alan.

from simply a soccer standpoint, it was amazing to watch.  the boys have improved so much.  hard work is paying off.  they no doubt earned some respect from the men of the village.  these are 15-16 year old boys beating grown men who play in soccer leagues every week.

i know for mynor it had to be sweet.  its been hard to break down the bad habits and start from scratch.  teaching organized, controlled soccer to young men who have played street ball their whole lives is not easy.  and they won because they stayed calm, played their formations, etc.

but so much more is happening.

i am thankful for our team on the ground here.  so thankful for mynor and walda.  for our new addition of the davis family.  i believe that God is doing amazing things here, in and through our team, our supporters, and ultimately in these boys.

last weekend was a special memory in the midst of it all.
Posted by brock at 9:39 AM 2 comments: 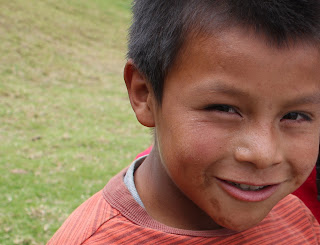 in jhoni, i see a man of integrity who has the ability to change generations to come.
Posted by brock at 9:49 PM 1 comment: