update on recent blog below titled "hope from ashes" 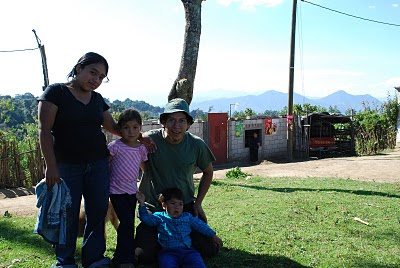 before reading this, please read the post below titled "hope from ashes."

immediately following the posting of that blog, the response was beautiful and immediate. the genuine, loving, generous church of Jesus stepped up bigtime.

a new home was donated. (actually, 3 were donated - two of which will be given to other families in need!) a temporary home until the new one is completed, new clothes, a brand new bicycle, lots of food, blankets, toys, and a new bible have been given. in addition, the loan that daniel's family took out to pay for the 20 days of life support for his baby girl was paid in full.

most importantly, daniel and his family have witnessed the grace and love found in Jesus and his church. new friendships have begun. a process of healing is in motion.

thank you to all of you who gave to, visited, prayed for, and loved this family in a time of great need. through the hands and feet of the living church, daniel and his family are learning what the love of Jesus truly is.
Posted by brock at 12:58 AM 1 comment: 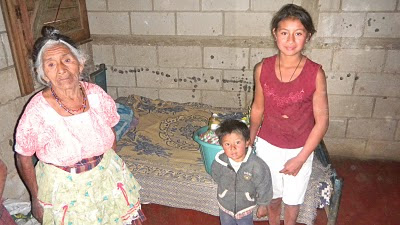 i love christmas in guatemala. and not just for the christmas eve midnight fireworks and the delicious tamales and "ponche" (all of which are amazing)!

i love christmas in guatemala because of the perspective it brings. it's a bold reminder of the reality that can escape us all, if we allow it to.

millions celebrate this time of year by excessive shopping and spending, even sleeping in parking lots for the chance to buy the latest items. we celebrate and anticipate a jolly delivery man in a red suit who leaves presents under our trees and fills our stockings with treats.

but living in a third world country, stricken by extreme poverty, does something to shatter what i once considered fun and innocent.

we spent christmas eve hanging out with rosibel's family, among others. rosibel is 13 years old (pictured here with her grandma and little brother). her dad was murdered when she was 9. her mom and older sister have to work full time 6 days a week (5am to 8pm) to keep their family afloat.

as for rosibel - she hikes up a mountain for firewood (twice a day), cooks, cleans, and takes care of her little sisters and brother.

that is her reality every single day. no school, no sports, no sleepovers. a brutally difficult life for a 13 yr old girl.

rosibel did not wait up for santa last night. her sisters viviana (10) and luki (7), and her little brother anderson (2), weren't having a hard time sleeping because of the excitement for what they might open up the next morning.

unfortunately, this christmas eve reality is what dominates the majority of the modern world. if we allow that truth to sink in, it should change us. not just fill us with guilt and lead us to ban christmas presents. that would be missing the point. it should lead us to care more deeply for others. to call those who suffer in poverty our neighbors, and begin loving them as we love ourselves.

as we gave gifts to rosibel's family, we knew that these were the only gifts they would receive for christmas this year. their hugs were longer and tighter than normal. the gratitude in mom's face and the tears in her eyes spoke loudly.

this is our third christmas in guatemala. we continue to learn and grow. we continue to be stretched. i pray that process never stops.
Posted by brock at 1:39 AM No comments: 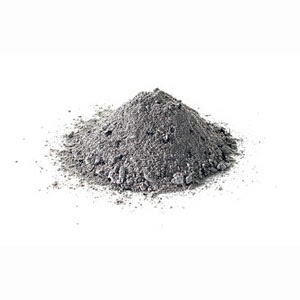 Broken, denied, and ready to give up, he knocked on our door.

This morning a young man, 25 yrs. old, knocked on our door for about 30 minutes straight. When we finally answered, there stood Daniel Gonzalez. He nervously explained his situation.

He did not want to come to our house today, but some friends had convinced him that it was his best last chance. He said he was not the type of person to ask for things, so he was sorry for coming. He explained that yesterday he had lost his home in a fire. A husband and father of 2 young kids, they had lost almost everything… house, bed, clothes, TV, food, and belongings - all ashes.

We were his last hope. I am thankful for that much – just being here, able to be that hope for somebody. That hope has a name – Jesus – and it is always amazing to me that we can “be” Jesus…

Now to the frustrating part. Why exactly were we his “last” hope?

Before showing up at our house, Daniel had exhausted his options. Most alarming was the response from his church, from whom he was misled regarding “God’s justice.”

Rewind just 2 months… to when Daniel and his wife Martha lost their 3rd child. Following childbirth, Florcita (little flower) spent 20 days on life support. Born two months premature, she hung on for 3 weeks before letting go. Daniel spent all 20 days & nights in the hospital at his wife’s side, praying for Florcita to pull through.

Following their daughter’s death, they returned to their church. Daniel, who was striving to become a deacon and took seriously his role collecting the weekly offering, was put on “probation” for missing 3 Sunday mornings and several other gatherings. He was told that missing church, for any reason, is a sin and requires discipline from the church authorities.

Now, after losing his house and all his belongings in the fire, the “church authority” explained to Daniel that God is righteous, punishing them for missing a few church services while clinging bedside to their dying daughter. The only effort to bring comfort was a simple reminder of the story of Job, and how God won’t give you more than you can handle.

After being denied by his church for help, they decided to try another church, this one well known for helping the people of his neighborhood. This specific church has been working in his neighborhood for years, even recently completing a new community center to better serve them.

Martha returned home with the news. The church said there is nothing they can do, because they only help families in the community who are members of their church.

Broken, denied, and ready to give up, he knocked on our door.

When we showed up at the site of their house this afternoon, Daniel made small talk for about 5-10 minutes. He was cheerful, seemed thrilled actually, to see us. When he introduced us to his kids, and showed us the extent of their remaining belongings, he got quieter, clearly trying to hide some emotion.

When he shared about the response from the churches, he broke. Confused and hurt, he began sobbing. It wasn’t the loss of his daughter, or his house, that brought on the sobbing. It was the pain inflicted from the “church” that ultimately crushed him.

The very thing that is supposed to bring life, support, love, help, and hope… was killing him.

I wondered to myself if Daniel’s pastor that avoided helping (but reminded Daniel about God’s justice and Job’s sufferings) had forgotten, or ever read, where Jesus said to love your neighbor as yourself. Paul’s teachings about carrying one another’s burdens also came to mind.

I also wondered how, as members of the same body of Jesus Christ, we could possibly deny help to those who aren’t “members” of our own little private congregations.

But as we prayed, grace and hope started replacing the anger that was raging inside me. As frustrating as the pious, prosperity-blessing, false religion that poisons this culture is, in this moment God was giving us another opportunity to demonstrate His grace.

We prayed that this time of suffering would somehow bring freedom and set them free from the bondage of legalism. I hope that as we love on them they will experience the real Jesus, his grace, and his church.

Praying for hope to rise from these ashes.
Posted by brock at 1:14 AM 3 comments: