during the recent inauguration of the buena vista sports academy for boys (more here) we announced the team name for the official 24 boy roster we will carry - the Buena Vista Rhinos (or, Los Rinos de Buena Vista). in case you don't know why we use the rhino so frequently, here is a quick summary...

those 2 facts together make no sense! could you imagine driving 40 mph in your car and not seeing 30 feet ahead of you?

but what makes the rhino special is that he will not run top speed alone. a pack of rhinos is called a "crash" - because when they get together, they run their hardest, without any concern for what lies ahead. they know that, together, they can run through anything.

what we are trying to do with the next generation of leaders in buena vista at times seems impossible. our hope is to lead these boys to break generational cycles of abuse, absence, and spiritual emptiness. many dad's beat their wife and kids because they have never seen a man in their life who didn't. the root of the problems run deep.

as we spend the next years digging in and attempting to bring life, hope, and grace in Jesus name to these future men, they will need each other in order to stay strong. that's where the rhino concept comes in.

just like the lead rhino runs hard, leading the pack, encouraging the others to run harder... these boys will look to their "lead rhinos" to push them. while we (mynor, myself, others) will take on that role of "lead rhino" in the beginning, our prayer will be that leaders begin rising up within. then as life's journey moves along, the lead rhino will naturally change, allowing various teammates to step up and lead while their loyal crash runs hard alongside them.

i pray that these boys will become a "rhino crash" - running hard for Jesus, growing together in their faith, and leaning on one another as they face their community together... a group of young men who love the Lord and their neighbors, work hard, respect women, and live lives of integrity.

eventually, may the influence of the rhino crash of buena vista spread like wildfire and have a transformational impact in this place.
Posted by brock at 8:20 PM 2 comments: 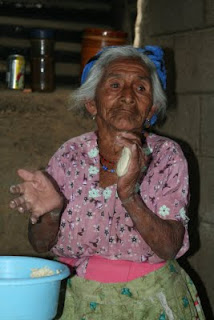 the bible has a lot to say about community. especially after jesus died, rose, again, and returned to inspire his disciples to launch the original church. there in the book of acts we can read about the early church community life.

a few days ago we were walking around buena vista with some friends. as we walked by the front door of a sweet elderly family, they asked if we wanted to stop in for a visit. so about 12 of us packed into their house... they offered as many tortillas & salt as we could eat.

as we were leaving after about a half hour of stories and laughs, a thought struck me. imagine sitting in your home and seeing 12 people from another country walking by your home (maybe from india, mexico, or china?). is there any chance you would stop them, say hello, and invite them in for a snack?

sure, we do it all the time now that we live here as missionaries... but it is thoughts like these that make me want to rewind the clock to when i lived in the states.

these very simple and poor folks in guatemala continue to teach me about real, honest community.
Posted by brock at 1:17 AM 2 comments: 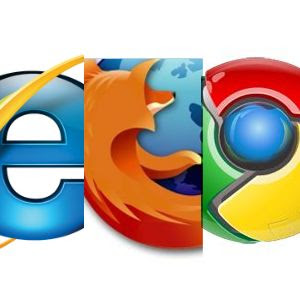 i can't believe its been a month since my last blog. we have not had internet for almost that long, and it has been tough to keep up. we should be (God willing) getting internet within the next week or so...

as much as i miss having internet, i love not having it.

we need it for several reasons: reconciling finances for dSg, bvsa, 12x12, etc. is a full time gig all by itself. updating websites & videos, and communicating blessings, needs, and updates are all very important for us to do what we do. i also love reading other people's blogs, seeing pictures, and being encouraged & blessed by so many of you. and of course, our kids need to be online almost daily for school.

but... i am also becoming more aware of how much time is purely wasted online. without having internet i have read my bible more, spent more time with my kids, talked more with my wife, and been less distracted in general. we also haven't had TV during this time (not as big of a deal as we dont watch much anyway). but without both of those options, i am not tempted to entertain myself during that split second of "free time" at night when i typically grab the computer or the remote control.

for me this is a weakness that i want to work on. i pray that what God has already showed me through this will help me organize my time better, and reduce unnecessary hours of meaningless browsing/watching. its easy for me to justify myself by saying its no big deal... its not like i am "sinning" or doing anything terrible, right? but that is a lame excuse i use that ultimately hinders me from growing in my walk with Christ. as he encourages us towards righteousness, and becoming more Christ-like, it is our responsibility to work on things that are obstacles on that journey.

do you have similar weaknesses? facebook? magazines? tv shows? lets encourage one another not to waste hours/days/years of our lives entertaining ourselves meaninglessly. our lives are too short... our time is borrowed... and God has much to do through us.
Posted by brock at 10:14 AM 1 comment: