i haven't posted in a while.  its just been a crazy time.  lots going on. we are running crazy trying to get everything in order to take our little guys to honduras for a big tournament.  please be praying for us this tuesday as we plan to spend the entire day at the immigration offices with all 30 rhinos and their parents!

speaking of the little guys...

a couple weeks ago we were in guatemala city playing in a soccer tournament.  the other team was late, so we were on the field, in positions, when they finally arrived.

as they came in, they started laughing at our boys, who were obviously significantly smaller than them.  any time we play in guatemala city, this is the case.

we're tiny, and dark skinned, so we always get some attention.

one time, a lady came up to me and asked if our boys were little mayan indians.

this time, we could hear them as they came in the gate...

"you have to be kidding... we're playing these little kids?"

"coach - are we seriously playing these guys?"

"we're going to kill them (laughing)!"

their coach even ran over to ask us if we were sure we were playing in the correct category.

and the score doesn't even do it justice.

if someone would have been keeping "time of possession", it would have been super lopsided.  we controlled the whole game.  working the ball like crazy... tight triangles, making their big boys run until they were exhausted.

sometime its a blast being the underdog!

one week later we played the all-select team from antigua.  that means, of the dozens of teams in antigua, these were the single best players from each team.. put together on one BEAST of a team.

our boys fought hard and never gave up.  but this team didn't have a weak spot.  we were outmatched in every single position.

we were proud of how our boys scrapped.  games like these are so good for them.

it was a great experience and a good reminder (after their big win the week before) that we have a lot of work to do.

she'll remember him as an angel sent by God. perhaps even as her hero. 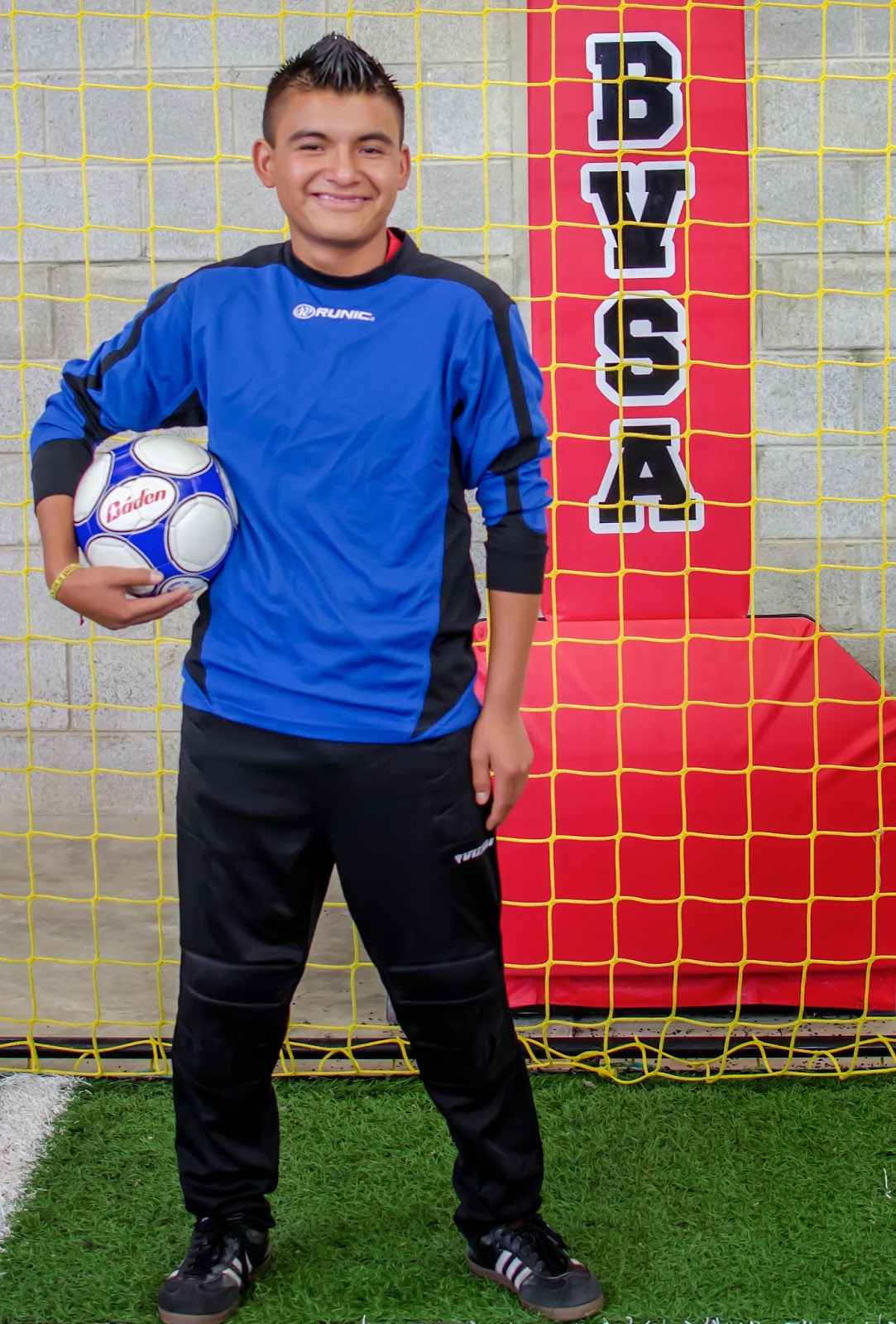 if you follow my blog, you've read plenty of stories about wilmer.  he's one of the boys who texts me all the time.  with no dad of his own, he gets all his "dad love" from us guys here at bvsa.  whether it be girls, friends, school, or just life in general...


over the last few weeks, God has been working on him bigtime.  its been obvious that the holy spirit has been drawing him in, and its been exciting to watch.  but the story you are about to read is, in my opinion, going to launch wilmer to another level in his walk with Christ!

i texted back that i was at a birthday party and would call him when it was over.  he continued sending me messages, and eventually came over to the house to tell me the following story.

wilmer was standing on the corner in magdalena, next to the payphone, when a girl around 16 years old jogged by.  she was headed towards the village buena vista.  when she passed, he had a "feeling" come over him.  he didn't think it was safe for her to be running alone on this isolated road, especially on a saturday or sunday.

wilmer knows his village.  on the weekend, all the men hang out in the streets, many of which are drinking and out of control.  he said he had never seen this girl before, so he knew she wasn't from buena vista, or even magdalena.

he followed his instincts and took off behind her.  his intention was to catch up and tell her that she shouldn't be running alone.  he was going to encourage her to turn around, or offer to run alongside her..  but then he got nervous, thinking to himself "she's going to think i'm hitting on her!"

already a little awkward and uncomfortable around girls, he assumed she'd think he was a weirdo if he caught up with her and approached her.  so he just jogged behind her, a long ways back, talking to himself and contemplating what to do.

as she ran down the hill and approached a sharp left turn towards BV (the exact area where i know of many horror stories that have taken place), 2 men came out of the woods and grabbed her.  they threw her into the ditch, behind some trees and bushes.

wilmer froze.  he admitted that he was overwhelmed with fear.  he jumped into the woods on the other side of the street.  his heart was racing.

he shared with me that "all of a sudden, i wasn't scared.  God took away my fear."

he grabbed a large stick and ran towards the men, yelling.  when he got there, the men were on top of the girl - clearly attempting to rape her.  they saw wilmer, and jumped up.  they whispered something between them, and one of them began to slowly walk behind him.

just a side note for those of you who may be unfamiliar to guatemala...  life itself is not that valuable of a thing here.  people kill one another for cell phones.  dead bodies grace the front pages of the newspaper every single day.  (and their not covered with sheets out of respect for relatives.)  with some of the highest drug cartel and gang violence statistics in the world, 98% of killings go unsolved and un-prosecuted.  its just the way things are.

i share that to say this:  the odds at this point - as wilmer is faced up against 2 scumbags who have already attempted to rape and innocent girl on the side of the road - would be that this story ends very badly.  most likely, it ends with us finding two dead bodies in the woods.

but in that moment, as the two men were about to jump on him from both sides, wilmer heard a car passing by.  he whistled as loud as he could.  (guatemalans know how to whistle!)  because of the sharp curve, the car is almost at a standstill at that point.  the car stopped.  it was someone wilmer knew - a guy that comes out to buena vista every day to buy/sell flowers from a local flower farm.

when the guy got out of his truck, the two men took off running.  wilmer helped the girl up, and took her to the truck.  he explained everything that had happened, and the man gave the girl a ride home.

wilmer was beaming as he told me the story.  his heart was beating fast, just rethinking it and replaying it in his mind.  my son jake hugged him and thanked him for being a good example to him.

here at the academy have been talking about this for a few days now.  there are so many amazing things that took place here!

most importantly, a young girl's life was saved.  her innocence protected.  what could have damaged her life forever, became a story of rescue and salvation.  i trust that she'll remember wilmer for her entire life.  she'll remember him as an angel sent by God.  perhaps even as her hero.

but also, i think wilmer's faith in God will increase astronomically from this experience.  he'll learn that the "feeling he had" as the girl ran by, was the holy spirit speaking to him.  and recognizing the voice of the holy spirit will no doubt change his life forever!

i think about the moment where God took away his fear and led him to selflessly jump in the woods to defend the helpless young girl.  i can't even imagine how God is going to develop that!  we know that God is always looking for fearless warriors - willing to give their own life for the sake of others.  wilmer's actions proclaim to God that he is up for the challenge.

and finally, wilmer learned something profound about God's faithfulness when that truck pulled up.  we are all called to step into darkness.  sometimes, such as when he engaged these two men, its a blind step with no guarantees.  but we are all called to do whats right, to honor God with our choices - no matter what the outcome means.  wilmer put his life in the line with his decision to do the right thing, and God was faithful.

when the boys academy doors opened on the first day, the only "unforgivable rule" the boys received had to do with disrespecting my daughters.  i had been here long enough to know the macho culture in this village, and it had disgusted me time and time again.  so we made it clear - one whistle, inappropriate look, or the slightest act of disrespect... and you're outta here.  they looked at us like we were crazy.

ever since then, we've talked about it hundreds of times.  and with the addition of the davis fam and their 4 daughters a couple years later, it continues to be a regular discussion.  we've had countless devotions and conversations about how to treat girls, how to be men, and how to follow Christ.

before the start of the buena vista boys academy, wilmer had never heard anything like that.  especially coming from men.  in fact, he hadn't heard much about God, faith, love, or grace.  he definitely hadn't been taught about purity and innocence, and that real men treat girls like princesses.

but for 3 years now, wilmer has had good men in his life.  good examples who love God and respect women.  men who have poured into wilmer with truth, love, and encouragement.

a few weeks ago, someone literally asked me "brock, why in the world would you live here, doing this?"  i tried to answer honestly, but my response came out jumbled.

now i have a better answer to that question, and it is simply this:

before the start of the academy, wilmer doesn't make the same decision he made on saturday. 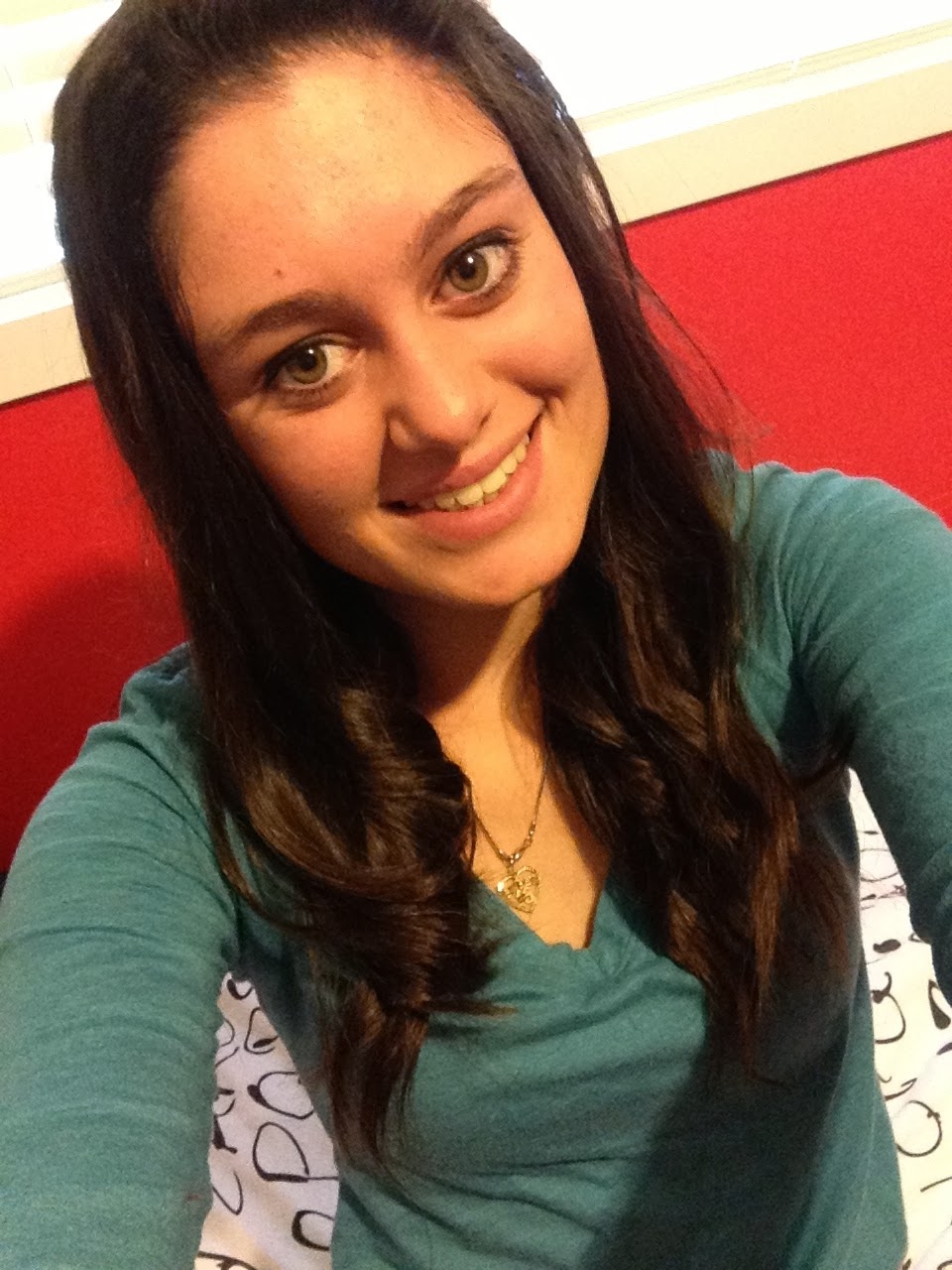 i remember 17 years ago today, as if it were yesterday.

kerrie and i were 21 years old.  i was still in college.  the arrival of madisson leigh changed everything.

she was bright eyed and beautiful.  but we had no idea what we were doing.  by God's grace alone here we are 17 years later, the most proud parents in the world.

last night we celebrated with some friends and family.  we went around the room and shared things we love about madi.

her best friend shared how much she loves & appreciates how madi encourages her, is a good example to her, and brings depth to their friendship.

her sister shared how much she admires how madi believes in herself, is confident in who she is, and doesn't care what others think/say.  she thanked madi for being the best example in her life.

almost everyone mentioned her sense of humor, consistent good mood, smiles, and laughter.

as her dad, i couldn't be prouder.  she learns and grows from her mistakes.  her relationship with God gets stronger as she continues to seek him.  she is a good sister, friend, and daughter.

i am excited to see how God will use her next.