sorry for the silly goose reference. its practically the only thing my 2 year old daughter says in english, so its become an often-used phrase lately...

but it came to mind when i thought of one of our newest boys in the academy, 9 year old Vladimir.

we welcomed 5 new boys into the academy this year.  i'm sure i'll journal about them all eventually.  (yes i still call this "journaling")  but out of all of them, Vladimir is the youngest... and by far the smallest.  he's not much bigger than mynor & walda's 2 year old noah!

it wasn't until a couple days ago that we connected who Vladimir's family was.  they are as rough as they come.  his dad runs with a tough crew.  as a matter of fact, last weekend, Vladimir's dad was rushed to the hospital in an ambulance due to alcohol poisoning.  he had drank so much that he was having seizures and vomiting.  no doubt that he, his brothers and sisters, and his mom are on the receiving end of regular beat-downs.

during orientation this year, i asked Vladimir what he thought the academy was, and he simply said "a soccer team."

i guess i'm glad he thinks that.  if he knew that we care far more about teaching the boys about Jesus, helping them with their education, and investing in every facet of their lives...  they might not be nearly as excited to join the program!

which means what we do is sort of clandestine:  lure em in with soccer, then drop the transformational secret weapon on em - love.

over the next 10 years or so, vladimir will no doubt improve as a soccer player.  but even if he becomes a professional player, we will have failed miserably if he's not a godly young man, on his way to becoming a loving husband and father.

It took a while to figure out what exactly that word meant.  Now I understand it so well that it makes me sick.

The best way I can describe it is as a combination of “brown-noser”, “beggar”,  and “wanna-be” – only with a more insulting intent.

Jake’s friends who come over to the house get called it by the men and other kids in the street, just because they are going to the "gringos house".  My friend Donald gets called it anytime we’re together in the village.  When Ruth comes over to work, or even to just bring her daughter Joselyn over to play with Andrea, they call her chacatero as she walks up to our gate.

Because “public opinion” virtually controls the village, being called a chacatero can be like a death-blow that keeps people from being our friends.  Nobody wants to be made fun of…  and the majority of the people in our village lack the self-confidence to stand up for themselves.

I could delve into all the causes and theories we always discuss as to why this phenomenon exists here.  Educational, social, and economical issues definitely play a part.  Lack of exposure to other types of people, the assumption that anyone who spends time with the gringos is “in it for themselves”, and good old fashion jealousy, all play a role as well.

But its not that simple.  There are more layers.  And there is more pain.

I can’t even count the times my son has been deeply hurt because of this.  Even as a kid (and now a teenager) he knew it when friends were avoiding him in order to not be made fun of.  Many of his friendships have come to an end because kids gave in to the pressure.  A friend one day... would completely stop talking to him the next.

Its come into play with all of our friends in the village, as well as all of the boys in the academy.  For some we’ve seen incredible growth and maturity as they’ve made decisions to ignore what people say and be loyal to true friendship.
But amazingly, after almost 7 years here, its still a very real thing.  2 days ago, one of Jake’s close friends ignored him completely when he walked by his house.  When Jake greeted him from the street, he was treated as if he wasn’t even there. Later on, his friend told him he was sorry, but that he knew his older brothers (all men) would have made fun of him.

Just tonight, I was walking up the street with a local friend of mine, when a group of men started yelling “chacatero” at him.  After several times, he finally stopped, told me he’d be right back, and walked over to confront them.  They wouldn’t say it to his face.  When he caught back up with me, he said he was sorry...

That particular friend is the exception!  Most don’t handle those moments with that kind of confidence.

Honestly, its one of the most difficult things about living in the village of buena vista.

Ultimately, calling someone a "chacatero" is as much an insult against us as it is them.  After all, they are being made fun of for being our friends.

It's a very strange feeling to deal with on almost a daily basis...

starting off the new year 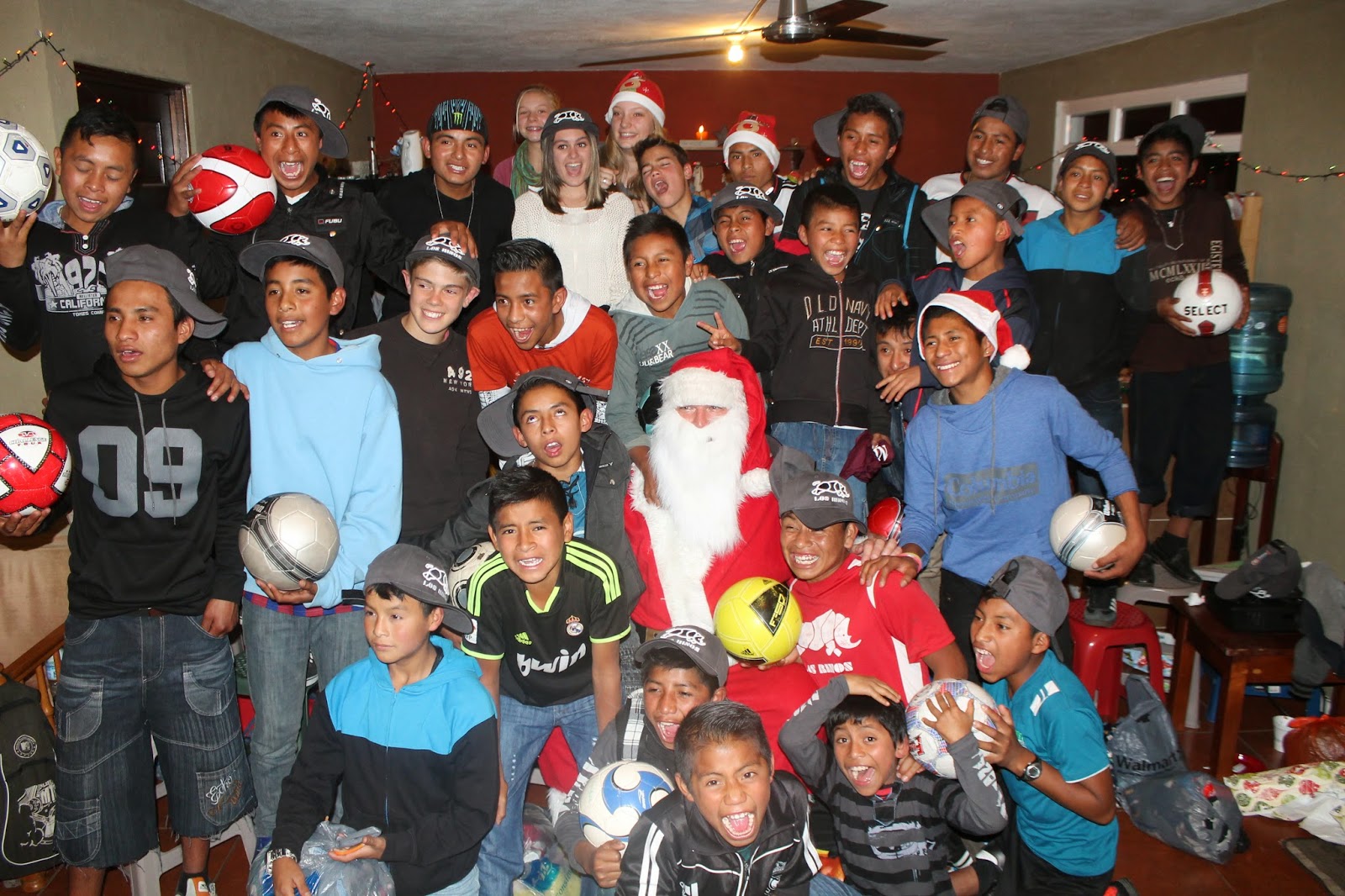 after a short christmas break, we're back up and running here at the boy's academy.  even though we've seen most of the boys out in the village over the last couple weeks, it was so good to see them all come in together yesterday, excited to start another year.  and even better to hear a few updates regarding their christmas break:
maybe they sound like small victories.  but for us, they are huge break-throughs.  both of those topics were areas of discussion for a year's worth of devotions!

most of it is cultural and specific to our village.  as simple as it seems, for a young man in Buena Vista to sit down in their girlfriend's home and visit with her parents - unheard of.  and a 14 year old to turn away from peer pressure... and go home and tell his dad what he did? - doesn't happen.

interestingly, neither of the boys told these stories in front of the whole team when asked at lunch "tell me something interesting that happened during your break."  maybe a little of the embarrassment factor is still there.  but they both couldn't wait to tell us privately.