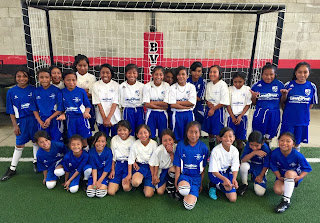 one question we have frequently received since starting the boys academy 5 years ago has been, "what about the girls?  why don't you do anything for the girls of Buena Vista"?

it's an innocent question.  and a good question.  it allows us to explain the bigger purpose and vision of what we do.

the most straight forward answer to that question is simple: "we're just doing what we believe God told us to do."  but it also can be said that we believe the boys academy actually is a ministry for the girls of BV.  our prayer and purpose is to make godly men out of these boys.  men who will be loving husbands and fathers.  men who will follow Jesus and break the abusive cycles that repeat themselves in virtually every BV home.

that is what the girls of BV need more than anything else.  simply put, they need real men.  real men instead of punks who abuse their wives and kids and treat them like slaves.  real men who love jesus and adore their families.

and thats our job and purpose at BVSA.  to develop real men. 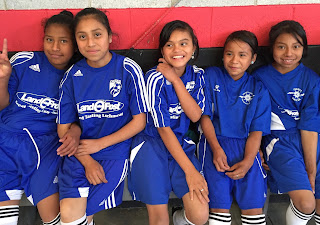 over the last 5 years we've held a dozen or so "girls soccer camps".  we've tried to do it 2 or 3 times per year.  typically its a saturday-sunday camp, ending with a big tournament.  it's always a blast.  it's also always inspiring - watching these precious and feisty village girls of BV run around barefoot or in plastic sandals - getting after it as if it were the world cup finals.

this year we feel led to take it a step further.  we're forming a team of around 30 girls - "Las Rinas!"  a group of girls that we can get to know better, spend more time with, and who knows...  maybe even eventually play in some real tournaments!

but the best part about it is this:  it was in large part allan's idea.  allan graduated last year after 5 years in our program.  he's a fantastic 19 year old young man, relatively new christian, and undeniably natural coach.  you can read more about allan here if interested.

we're starting with 2 saturdays per week.  allan will be the head coach.  mynor and i will be assistants.

this is worth celebrating for more reasons than one!  yes, its great to invest in and love on the girls of BV.  we're beyond excited about that.  but its also awesome to see our rhino graduates starting ministries and using their own ideas to serve the people of their village.  i can only imagine what BV might look like if more and more rhino graduates follow allan's lead.

we want to say thank you to our friends at Florida Elite and Creeks Soccer, all of the players and parents who donated, and our dear friends and supporters who did all of the fundraising, filling their homes and garages with gear!  we have outfitted our Rinos and Rinas in full uniforms, cleats, shin-guards, and more, with all that was donated!  Thank you and God bless you!

ever since the boys academy started, we've been amazed at the toughness of the kids from the village of buena vista.

i'll never forget the first year when mynor, who had only coached american kids at the american missionary school, told me "this is insane.  these boys never stop going, never get tired, and never complain.  this is a coach's dream!"

i've repeated that line dozens of times over the years when telling people about the boys' toughness.

here's a short video from this preseason.  we always start the year with 2-3 weeks without touching a ball.  gotta get in shape - its a long season!

this year we are keeping 32 boys instead of 30.  15 on a varsity soccer team just isn't enough.  we had too many games last year where a boy or 2 missed and/or a boy or 2 was injured...  and we literally played tournaments with no subs.  so we're keeping 17 on varsity and 15 on jv.

that meant we had 7 spots to fill this year!  we opened up tryouts for all boys 9-13.  as usual, the gym was packed.  once we chose our 7, we spent the weekend meeting with parents, explaining what bvsa really is and what the commitment really is.  as of today, we've got 7 new, nervous, clueless, smiling faces walking around the academy!  we're excited about the fact that 6 of the 7 are brand new families to the rhinos, meaning, not brothers or 1st cousins...

we always start the year with 2-3 weeks of "training-camp" style workouts.  no balls, no practice, no soccer.  just a lot of running, cardio, and cross-fit style workouts.  yesterday was their first day.  i'm anxious to see if all 7 show up today!

i was recently visiting with a friend who is a missionary to one of the most dangerous parts of the world, a region of islam where christianity is illegal and heavily persecuted.  he told me something that i have heard and read about before.  that muslims seek him out and ask him to "translate" their dreams.  he said they have dreams and visions of Jesus Christ, sometimes they quote verses that Jesus told them.  afraid to ask these questions in their mosques, they assume a westerner will know the answers.

i am fascinated by this.  despite our statistical failure as a church to take the gospel to the darkest places on earth, God is still very much there.  even though christianity is illegal in approximately 50 countries around the world, God is still there.  i thank God for people like my friend - who have bravely gone to these places and are there to help when God reveals himself in amazing ways.

j.d. king writes the following in his blog on sep 1st, 2015.  most of which is taken from joel rosenberg's work... 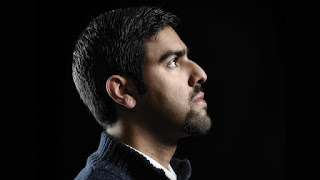 Many Middle-Eastern Christians publicly acknowledge the fact that dreams actively facilitated them coming into a saving knowledge of Jesus. For example, Nabeel Qureshi is a former devout Muslim. He became a believer in part through a visionary experience. When recounting his conversion he writes,


"When I contrasted the evidence for Christianity against the evidence for Islam I knew that intellectually there was no comparison. So I asked God to reveal himself to me in truth, through dreams and visions. All those things, combined with actually reading the Bible, are what drove me forward to the point of accepting Christ."[26]

When asked about his conversion to Christianity from Islam, Pastor Naeem Fazal of Mosaic Church in Charlotte, North Carolina, mentioned several things that impacted him. He pointed out things like friendship with a knowledgeable Christian as well as reading the Bible. However, it was a particular supernatural encounter that brought him into a moment of crisis. Having a visionary experience one night, Fazal had an encounter that forever shifted the course of his life.


“It looked like a figure made up with light—solid, yet transparent. It was an experience like no other. The peace I felt from this presence was so powerful, so aggressive ... and [He] introduced Himself to me and said, ‘I’m Jesus; your life is not your own.’ The next morning my life changed forever." [27]

Fazal acknowledges that he is not unique in this experience. He notes that "the majority of the [Muslim] conversion stories I hear seem to involve dreams and visions inspired by the Holy Spirit in which Christ is supernaturally revealed."[28]

Dreams Seem To Fill In A Gap 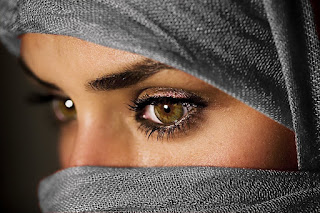 Many are compelled to question this approach. As I already mentioned, this seems rather unorthodox, particularly within the American Evangelical context. However, dreams are unquestionably shifting awareness and opening the door for the gospel. In fact, it might be God's way of counteracting the relative failure of Western missions in the Middle East.

Walid Shoebat agrees. He is a former PLO operative turned Christian and peace activist. Shoebat acknowledges that Jesus is compensating for the weaknesses of the Western Church. Reflecting on this, he noted the following,


“I had first doubted the countless stories of Muslims becoming Christian as a result of dreams until I met some of them and heard their testimonies. My conclusion to this phenomenon is that Christ succeeds where the church fails."[29]

I believe that it's time for Christians to celebrate the advancement of the gospel in some of darkest places on the globe. In this season, Jesus is doing amazing things in the midst of every tribe and tongue. We are obliged to acknowledge the beauty and wonder of the Kingdom's advancement.

Don't be mistaken, Christ succeeds where the church fails.


“This truth was given to me in secret, as though whispered in my ear. It came to me in a disturbing vision at night, when people are in a deep sleep. Fear gripped me, and my bones trembled. A spirit swept past my face, and my hair stood on end. The spirit stopped, but I couldn’t see its shape.There was a form before my eyes. In the silence I heard a voice say, ‘Can a mortal be innocent before God? Can anyone be pure before the Creator?’" (Job 4:12-17).