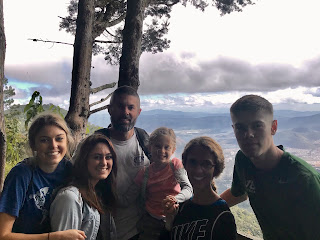 we lost a friend today. 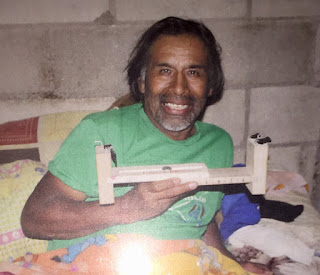 we met candelario more than 8 years ago.  it was 2009, and we were told about a family desperately in need of a home.  when we met their huge family, who were all crammed into a tiny tin shack with dirt floors...  we knew God wanted us to help.

what began as a new home, grew into a deep friendship.  allan, candelario's youngest boy, would later join the boy's academy...  and eventually give his life to Jesus, graduate, join our coaching staff at BVSA, initiate our girls soccer program (las Rinas), and become one of our best young leaders.

about 4 years ago, candelario had a tragic accident which left him paralyzed from the waist down.  ever since then, we have visited as often as possible and tried to support the family with various needs.  amazingly, this accident in some ways brought peace to their family.  he had been an abusive alcoholic for years...  and now, confined to his bed, he became a peaceful man, unable to harm the family, and eventually getting involved again in his kids and grandkids lives.

when we would visit candelario with friends from the US, he would always be so grateful for the visit.  he has told us so many times how if it weren't for his "gringo friends" he would feel totally forgotten.  sadly, since his accident, he says no one would ever visit him - even his own brothers.

which is why it seemed fitting that a group of friends from the states were here at the time of his passing.  we spent the morning at their house, trying to cheer up all the kids...  and the afternoon at the funeral.  as we visited their home earlier this morning, allan's sister magda hugged me and told me in tears how grateful she was for us, the other missionary families, and all the americans who have cared for her dad over the years.  she literally said, "all of you are the only ones who cared about him."

but there's someone else who cared for him as well.  for the last couple years, allan has been sitting at his dad's bed reading him the bible.  he also had the chance to pray with his dad shortly before his death.  allan... the youngest of 9, the spiritual leader in the family.

i hope candelario is in heaven.  it was a sad day, but hope is alive.