risk your kids for the kingdom? 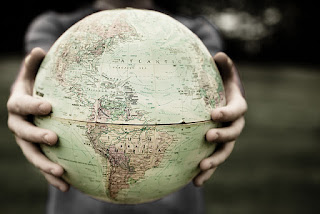 a couple days ago, our next door neighbor was murdered.  shot 10-12 times for refusing to pay on an extortion attempt.  he was driving home from work (in a pickup, full of people in the back) when a motorcycle drove up beside his window and unloaded.

his wife, who was sitting in the passenger seat, was also hit and is now in critical condition.  the truck wrecked and many of the people in the back were thrown and injured - thankfully none died.

this type of thing has been relatively commonplace over our last 9+ years living as missionaries in guatemala.

i'll never forget our kid's first week of school after our move in 2008.  a father of one of brooke's classmates was kidnapped while shopping at a hardware store that we had just shopped in that very week.  when we arrived to pick up the kid's from school that day, it was locked down and police were everywhere.

can you imagine how we felt?  it was our first week on the ground...

these are only 2 examples - one from our first week here, and one from just a couple days ago.

it puts in perspective something fantastic that i read recently.  maybe one of the best things i've ever read on missions.  here's an excerpt from john piper's article titled "rick your kids for the kingdom", dated october 23, 2017:

Should a Christian couple take their children into danger as part of their mission to take the gospel to the world?  Short answer: Yes.

Why?  Because the cause is worth the risk, and the children are more likely to become Christ-exalting, comfort-renouncing, misery-lessening exiles and sojourners in this way, than by being protected from risk in the safety of this world.

When Paul said that "anyone who does not provide for... his household has denied the faith and is worse than an unbeliever" (1 Timothy 5:8), he was talking about world-idolizing slackers, not self-denying emissaries of Christ.  But even that observation is not the main point.

The question raised by this text, and many others, is this:  What is the greatest good you can do for your children?  What does a real, countercultural, Christian ambassador and exile from heaven think when he is told, "Provide for your household"?  Provide what?  Culture-conforming comforts and security?  Really?

I don't think so.  He is thinking, How can I breed a radical, risk-taking envoy of King Jesus?  How can I raise a dolphin cutting through schools of sharks, rather than a bloated jellyfish full of plankton floating into the mouth of a whale called the world?  How can I raise offspring who hear Jesus say, "The Son of Man has nowhere to lay his head" (Luke 9:58) and respond, "Let's go"?

Perhaps we lose too many of our children because they weren't trained as kingdom soldiers.  Maybe we train them in comfort and security, and now they won't leave it.

You can read the entire article here.  For us serving as missionaries, this is one of those reads that - as my wife put it - "ignites our soul."  it speaks well towards the "worth the risk" factor that many of us fully believe in, but find hard to articulate.

i was asked recently why i would move my family to a place like guatemala or even somewhere like iraq.  my simple response was "how could i not?".  people are dying without knowing Jesus.  Jesus commanded us to take the good news of hope, love, peace, forgiveness, and salvation to all the nations.  and there are still entire nations and entire people groups that don't know.  how could we not go?  how can we not send?  how do we just live our comfortable lives?

we didn't go into missions so that our kids could be raised differently, get a different perspective and form different priorities.  we went into missions because God called us through his Word to missions, and we just obeyed.

but i do agree fully with the reference from the article above.  i can't begin to describe all of the challenges, danger, risks, adventures and incidents my kids have experienced in the mission field.  and i am beyond thankful for who they have become in the process.

i wouldn't trade it for the world... and i do believe that they are now young adults that, when they hear Jesus say "are you sure you want to follow me, because i don't even have a place to lay my head?", they will undoubtedly say "let's go."