no legacy, only Jesus 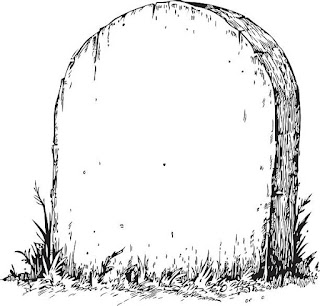 my wife kerrie and i recently had the opportunity to get away for a weekend to celebrate our anniversary.  while there, we went out for a run and ended up running through a local cemetery.

as we were running, i found myself reading the tombstones.  the most common thing i read was "loving father and husband" (or similar).  for military veterans, there was always a reference to that.  we were in new york, so some said things like  "NYPD loyal" or "NYFD proudly served."  i even saw one that said "Go Bills" and another that had the NY Jets logo.  many were decorated with fall/winter decor or sports teams flags.

even before that run, for quite some time i had been thinking about "legacy."  kerrie had me listen to a song several months ago by casting crowns called "only Jesus", and to be honest it wrecked me.  it even revealed some sin issues of my own that i needed to address.  check it out here if you haven't heard it.

we hear talk about "building a legacy" all the time.  what does that really mean?  i think a "legacy" is basically the reputation and achievements one is remembered by.
sounds fair enough. i wonder what leaving a good legacy for me looks like.

good husband, dad, son, brother?  that would be nice...
follower of Jesus?  missionary?  man of integrity?  definitely want those things to define my life…
don't remember anything about me...  just remember Jesus."

that's what I want on my tombstone.  just like the song says:
“don’t remember me.  only Jesus.”

leave the sweet aroma of Christ wherever i go.

that would be a legacy worth leaving.