satan will sing you to sleep 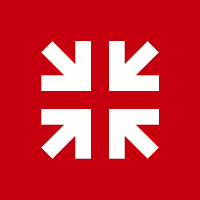 every once in a while i read something that someone else wrote, and i'm filled with an unexplainable excitement.  it happens often with scripture, when i'm being stretched or challenged.

but sometimes, it's when something messy and complicated that exists deep in my heart and mind - gets beautifully unwound, cleaned up, and articulated.

jon bloom at desiring God, inspired by an unnamed missionary couple serving in the middle east, connects with something deep in my soul in the following article, posted on may 25, 2019 at desiringGod.org.

“You don’t tell people about Jesus, because you don’t care about their eternal state.”
His assertion stung. But I knew it was true. Confronted with the way he lives for the lost, its truth was as obvious to me as the nose on my face. And like the nose on my face, I wasn’t paying much attention to it until he called it out. But unlike the nose on my face, his assertion was eternally significant.
I recently met this remarkable man while travelling in the Middle East. He, along with his wife, is leading a rapidly-growing movement of Muslims turning to Christ in a very restrictive part of the Islamic world. I had the great (and exposing) privilege of spending hours with him. I wish I could tell you more about his story — how Jesus called him and the incredible ways the Lord uniquely prepared him to make disciples and plant churches in a very dangerous place. His story is worth a book someday. For now, I will spare the details, lest I in any way expose him.
I must pass along something he shared with me, though, because we all might be ignoring the obvious and eternally significant “nose” on our collective Western Christian faces — to our own spiritual detriment, for sure, but also to the spiritual catastrophe of those around us.
What could happen to them

My new friend lives in an Islamic country where sharing the gospel, if you’re caught, will get you thrown into prison and likely tortured to extract information about other Christians. Yet he and his wife are daily, diligently seeking to share the gospel with others because they want to “share with them in its blessings” (1 Corinthians 9:23) — even more than they want their own survival.


Each morning, when this husband and wife part ways, they acknowledge to one another that it might be the last time they see each other. She knows, if caught, part of her torture will almost assuredly include rape, probably repeatedly. He knows, if caught, brutal things await him before a likely execution. For to them, “to live is Christ, and to die is gain” (Philippians 1:21).
Yet each day they prayerfully pursue the Spirit of Jesus’s direction in order to show the lost the way of salvation. And they are equipping other Christians to do the same.
Wholly dependent on God
When I say “prayerfully,” I mean prayerfully. They, and their fellow leaders, spend a minimum of four hours a day in prayer and God’s word, and frequently fast for extended periods, before they go out seeking souls. They do this because they need to.
Spiritual strongholds do not give way and conversions don’t happen unless they do this. One wrong move and a whole network of believers could be exposed. So, they depend on the Holy Spirit to specifically lead them to people the Spirit has prepared. For them, the doctrine of election is not some abstract theological controversy for seminary students to debate. They see it played out in front of them continually.
The cessationism-continuationism debate is also a moot issue for them. They regularly see the Holy Spirit do things we read about in the book of Acts. As my friend described the Spirit’s activity where he lives, it was clear that all the revelatory and miraculous spiritual gifts listed in 1 Corinthians 12–14 are a normal part of life for these believers — because they really need them.
They’re not debating Christian Hedonism either. When you live under the threat of death daily, either life is Christ and death is gain to you, or you will not last. So, I learned that my friend has translated John Piper’s original sermon series on Christian Hedonism into his native language and used them as part of his core theological curriculum for believers.
Lulled by an evil lullaby
All those things were wonderful and encouraging — as well as convicting — to hear. But then he told me a disturbing story.
A number of years ago, this man and his wife were given the opportunity to move to the States, and they did. After living here for a period of time, however, the wife began to plead with her husband that they move back to their Islamic country of origin. Why? She told him, “It’s like there’s a satanic lullaby playing here, and the Christians are asleep. And I feel like I’m falling asleep! Please, let’s go back!” Which they did (God be praised!).
This story contains an urgent message we must hear: she wanted to go back to a dangerous environment to escape what she recognized as a greater danger to her faith: spiritual lethargy and indifference. This should stop us in our tracks. Do we recognize this as a serious danger? How spiritually sleepy are we?
According to my new friend, we can gauge our sleepiness by how the eternal states of non-Christians around us shape the way we approach life. Judging by the general behavior of Christians in the West, it’s clear to my friend that, as a whole (we all can point to remarkable exceptions), we don’t care much about people’s eternal states.
Are we content to sleep?
My friend and his wife are right. There is a satanic lullaby playing, even in churches, across the West. Why else are we so lethargic in the midst of such relative freedom and unprecedented prosperity? Where is our collective Christian sense of urgency? Where are the tears over the perishing? Where is the groaning? Where is the fasting and prevailing intercession for those we love and those we live near and those we work with, not to mention the unreached of the world who have no meaningful gospel witness among them?
Paul had “great sorrow and unceasing anguish in [his] heart” over his unbelieving Jewish kinsmen (Romans 9:2). Do we feel anything like that? And Paul’s Spirit-inspired urgency to bring the gospel to the lost shaped his whole approach to life:

I have become all things to all people, that by all means I might save some. I do it all for the sake of the gospel, that I may share with them in its blessings. (1 Corinthians 9:22–23)

What is shaping our approach to life? If we think that kind of mentality was only for someone with Paul’s apostolic calling, all we need to do is keep reading 1 Corinthians 9:24–27. It’s clear that Paul means for us to run our unique faith-races with the same kind of kingdom-focused mentality.
If we’re not feeling anguish over people’s eternal state and ordering our lives around praying for and trying to find ways to bring the gospel to them, we are being lulled to sleep by the devil’s soothing strains. It’s time to start fasting and praying and pleading with God and one another to wake up.
Now is the time
It matters not if we call ourselves Calvinists and believe we have an accurate knowledge of the doctrine of election, if our knowledge does not lead us to feel anguish in our hearts over the lost and a resolve to do whatever it takes to save some. “We do not yet know as we ought to know” (to paraphrase 1 Corinthians 8:2). What we need is to cultivate Paul’s heart for the lost.
My conversation with this new friend showed me that, Calvinist though I am, I do not yet know as I ought to know.
But, Father, I want to know as I ought to know! I repent of all lethargy and indifference! I will not remain sleepy anymore when it comes to the eternal states of the unbelieving family and friends and neighbors and restaurant servers and checkout clerks all around me.
Over our dead bodies
According to Jesus, in his parable of the ten virgins, spiritual sleepiness is a very, very dangerous condition (Matthew 25:1–13). We need to get more oil — now! There isn’t much time.
I want to be done with satanic sleepiness and cultivate the resolve that led Charles Spurgeon — that unashamed Calvinist — to say,

If sinners be damned, at least let them leap to hell over our dead bodies. And if they perish, let them perish with our arms wrapped about their knees, imploring them to stay. If hell must be filled, let it be filled in the teeth of our exertions, and let not one go unwarned and unprayed for.

Father, in Jesus’s name, increase my anguish over perishing unbelievers and my urgent resolve to “become all things to all people, that by all means I might save some” (1 Corinthians 9:22), whatever it takes!


original article by john bloom at desiringgod.org
Posted by brock at 6:56 AM