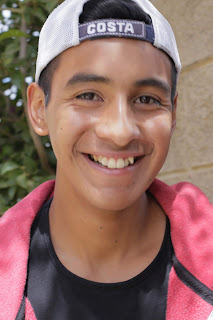 this is absolutely crazy.

pablo garcia (aka "son of cesar" 😂 ) has been accepted at trinity baptist college in jacksonville, florida, to play soccer and go to college!

now before i say more... let me just say this:  i don't believe for one second that God's top priority in all of this is simply that pablo "gets an american education" or "gets to play college soccer."

clearly both of those things are incredible opportunities for a kid who grew up in the forests of guatemala!  (big shout out to finca florencia, magdalena milpas altas, and los rinos de buena vista!)

while those things are great, i just think there's more happening here. this is bigger than that.

i believe God is sending pablo to the USA... as a missionary.

wait, what?  i thought the US sends missionaries to guatemala - not the other way around?

God has been preparing pablo for this ever since he was a little boy.  from the very beginning, pablo has been pointed to Jesus as the foundation of everything and the answer to everything.  he has witnessed giant faith his entire life.  not only the unthinkable and miraculous... but also the simple daily things like love, humility, and acts obedience, practiced daily in his home.

pablo's dad is legendary.  i'm talking hebrews-11-saint kinda legend.  just type "cesar" in the search box (top left) of my blog and read away.  he's my personal mentor in the faith.  he's who i most look up to as far as examples in this life.  the most Christ-like person i've ever known.  his entire family - parents, sisters, grandpa - are truly wonderful people.

but this moment... this particularly story... of new opportunities, and being called on mission... belongs to pablo.

pablo was a lanky kid from magdalena when we met him in late 2009.  when we opened our soccer academy not too long after that, we never really considered pablo- since all of the kids in our academy were from the village of buena vista.

that is, until we were set to travel to honduras for a tournament in 2014.  we were short on players for our JV team, and we needed an extra sub or two.  on top of that, we just thought it would be a neat experience for pablo and his family if he came along.

while there, we played a team from a poor village called travesia - and several of their players played barefoot.  after the game, walking the long path from the field back to our bus, i noticed pablo (12 yrs old at the time) walking in only socks.  i asked him where his cleats were... and he started acting shy and didn't want to tell me.

finally, he said he had given them to one of the players who didn't have any shoes.

but here's the best part of the story... when we invited pablo to come with us on the trip, he told me he didn't have any cleats, so we told hm we'd give him a pair.  when i gave him the brand new cleats before we left, i told him that when the  tournament was over, he could keep them.  he was so excited!
and it was that very pair that he had given away...

pablo stayed in the academy from that point on.  our only Rhino not from buena vista.

pablo is quiet, not a big talker.  he only answers when called upon.  he has a charming humility about him... never wants to speak up, not wanting everyone to know that he knows the answer.  and he always seems to know the answer.

his biblical knowledge is profound for his age.  anyone who knows his dad, knows where this comes from. but in addition to having scripture memorized, he tends to always understand the deeper meaning. he knows jesus in a real and personal way... he understands the true gospel... and his theology comes from knowledge plus real experiences, which leads to deep understanding.

his faith has been tested.  he knows all about suffering. and glory. and true joy.

one of my favorite things in the world is to sit at cesar's bedside and listen to him preach.  even now that i am not in guatemala, we exchange voice texts regularly.  hearing his voice brings peace and joy to my heart - and tears to my eyes - every time!

before he got sick, cesar used to knock on doors and tell people about jesus.  he tells stories of how many people would slam the door in his face.  he says he didn't let it bother him, because he knew with each slammed door, he was that much closer to getting one person to listen!

once his condition left him bedridden, he was hugely discouraged that he couldn't go knock on doors to share the gospel.  recently he told me:


"thats when people started coming.  it started with local churches.  they were coming to pray for me... the poor, sick guy... but i took advantage of each opportunity and shared the gospel with everyone that came through my door!  then God sent you all - missionaries from the USA!  then you started bringing your groups... then more missionaries started visiting, with people from all over the world!"

he went on to say that ever since he has been unable to leave his bed, people from 29 different  countries have come through his door and heard the gospel, and countless have chosen to follow Jesus at his bedside!  he said when people go back to their countries, and return to their families, he prays for them and asks God to bless and grow the seeds of truth that were planted.

i'm trying to do some rough math... considering all of the groups over the years, plus all of the other missionaries who bring their groups... i'm realizing that i can vouch firsthand that thousands of lives have been changed after spending time in cesar's home!

and what's great about it, he says, is that no one has ever slammed the door in his face again 😂!
the joy in suffering that this man conveys is something else...

back to pablo... so through a serious of crazy events, God opened up the opportunity for him to come to the states to study and play soccer.
do you see where i'm going with this?

i realize pablo comes from a rural guatemalan village... and college life in the US is going to be overwhelming.  he's human.  he'll struggle.  it's not going to be easy.

but this amazing opportunity, that he has no doubt earned through hard work in the classroom and on the field, just seems to have a unique anointing on it.

did i mention that when we approached cesar and andrea for the first time... to tell them about the
opportunity... cesar said God had already prepared their hearts for this? 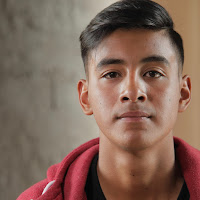 God had already told him this was going to happen.

here's the only conclusion i'm left with:

it's become commonplace for missionaries from the US to go to cesar's house... and we've seen God do amazing things.

now a missionary from cesar's house is headed to the US.

This is amazing news, and I am so overcome with joy and wonder of God's hand in the lives of His children; how He works through many hearts and lives to orchestrate His perfect plan! I remember well sensing such a sweet, deep and humble soul in Pablo when I first met him several years ago at BVSA. After meeting Pablo's Dad, Cesar, and the rest of his family, I understood how this kind and quiet boy had grown so strong of character at such a young age - his home was filled with the Holy Spirit, and Jesus abided in this young man's heart.
Bill and I will be praying for Pablo and his stay in America. I have no doubt that God has awesome plans for Pablo, no matter where Life takes him, and Jesus will be walking alongside his every step! May the good Lord surround Pablo with kindred people along the way, and may God protect, provide, bless and guide him in all things. I know Pablo will touch so many hearts for Jesus. Don't you know Cesar is so proud of his boy! I am, too.
Love and blessings to you all, Brock. We have you in our prayers, as always.
Love,
Donna and Bill Huffman

thank you Huffmans! we love you guys- appreciate so much your prayers and support.

I would love to connect with Pablo when he gets here so he knows he has a friend. Share with him my contact information :)