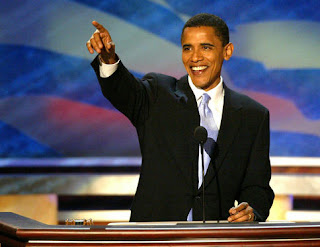 I voted for John McCain. I liked Huckabee during the primaries, but still had a liking for McCain. For me, certain social issues like abortion tip the scale when I am casting my vote. There’s never a perfect candidate, but I try to look for Christlike characteristics when choosing a leader (a near impossibility when talking about politicians!). Huckabee was bold about his faith in Christ, to the point where it hurt him politically, and I liked that.

Protecting the right to life, dealing with world poverty and disease, discrimination, and immigration are a few of the social issues that mean more to me than the ones of the more political or economical variety. In some of these areas, I think democrats tend to carry a more Christlike view. In other areas it tends to be republicans.

That being said, today I am a typically-conservative-Jesus-loving-missionary-living-in-a-third-world-country who is celebrating a special moment in American history. (I have heard all of the "Obama is evil" warnings and I am aware of his shady associations. I also know that if I ran for president, the associations of my past would raise a few questions to say the least. Some of Obama’s history alarms me too, but he has renounced these relationships and I think we should give him the benefit of the doubt.)

More importantly, this election symbolizes incredible progress for a country that not long ago treated many individuals no better than a stray dog because their skin was black. When I was in high school the KKK still marched down Main Street in my hometown. African Americans have overcome what I believe to be the most cruel, ridiculous, and vicious discrimination in American history.

Political views aside, this election is a monumental defining point for America. Whether we voted for Barack Obama or not, and even if we deeply disagree with his political views, we must celebrate the significance of this day. For the black population, and all Americans for that matter, today is a day to claim victory over some of the darkest days in the closet of American history.

In many ways, I think politics are overrated. Government is critically important for sure, but it gets too much attention and can distract us from remembering who is actually in control. Despite having a long list of disagreements with the president-elect, I will embrace Barack Obama as my president. I’ll pray for him and the leadership of the country, and I will no doubt celebrate what I believe his being elected represents.
Posted by brock at 9:18 PM No comments: 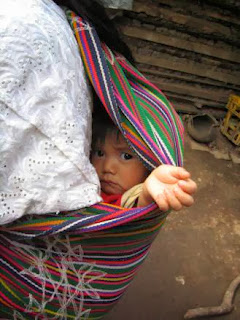 Not long ago we had some friends over. As we were visiting the question came up as to whether or not we are finished having children. We answered generally that we did not plan on having any more, but we would be open to adopting or foster parenting an abandoned/abused child if the God brought the opportunity our way.

The next day we received a call. A child had been abandoned at birth, and we were given the opportunity to legally adopt her on the spot.

How could this be? What would we do? What is the process? What are the legal ramifications? Is the child sick? Does she have HIV? Would the mother come back to find her? What should we do?

Kerrie and I took some time to talk, pray, and make a few phone calls.

Then we remembered our conversation with our friends just one day earlier. We remembered the times we had talked about this before. We had committed to God and to each other that we would make ourselves available for this very opportunity.

We were convicted. What were we even talking about? Praying about? What situations could we possibly be “weighing” that outweigh the reality that a newborn baby has been abandoned. A response of “no thanks” would shuffle her through a corrupt adoption process that would likely find her thrust into a despicable child labor system by age 10. Truth be told, her reality could be much worse than that…

In that moment, the holy spirit came upon us, helping us to look outside ourselves. We picked up our phone and made the call. “We’d love to have her.”

We were asked for personal information, documents, etc, so they could prepare the paperwork. They told us to stand by, make preparations, and we would be able to pick her up the next morning.

That night we prepared, physically and mentally, for the arrival of a new daughter and sister. We bought diapers, formula, and various baby needs. We prayed together and began getting excited. As a family we decided on the name Sophia Graciana. We would call her Sophi Grace.

The next morning we received a call telling us to be patient - that it was probably going to be later in the day. We waited. That evening, we finally got the call.

We were shocked to hear that the mother had come back. She had come back early that morning, claiming to want her child and was apologetic for her actions. A social worker spent the day with her and ultimately decided that she was a fit mother, genuinely apologetic, and had a unique reason for her behavior. The decision had been made that she could keep her daughter.

We were stunned. We didn’t know how to react. The kids, especially Madi, were crushed. Madi had been thanking God for “answering her prayers” in providing this opportunity. Our emotions were all over the place. Its very hard to describe how we felt.

We were sad. We cried. We had questions for God. We couldn’t figure why he would put us through this.

Maybe it was a test of our faith. Maybe it was preparation for a future opportunity. We finally settled on the conclusion that its not our place to figure out God's reasoning.

The more pressing issue is that of the children. Like Sophiana, so many are left abandoned. Many are literally thrown out in the street immediately following birth. Others are abused, beaten, raped, and exploited.

I pray that Sophi Grace is in warm, loving hands today. But even more than that, I pray for the hundreds of thousands of others who are in alone or in danger.

While the problem at times seems too large to even comprehend, we believe the only way we can make a difference is one child at a time.
Posted by brock at 5:56 PM No comments: