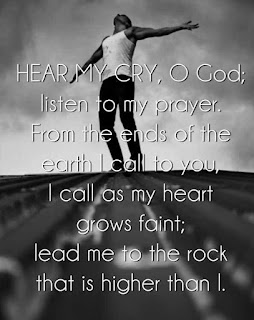 please join us in fervent prayer for Aldo and his family.

Aldo is a new rhino.  he came into the program in the end of march.  we knew right away he was different.

we had a couple of open roster spots on our varsity team, so we offered a tryout for anyone 16-17 years old in the village.  mynor and i wondered why we had never met this kid.  Buena Vista is a small place, but Aldo didn't even look familiar.

turns out, Aldo travels to a nearby town (santa lucia) for school.  somehow as he was growing up, we just never met him.  he's a pretty quiet kid, so i'm guessing he didn't bang around on the playground or hang in the street much.

when we later met his family, we were truly impressed with the way his father was committed to sacrificing their family money in order to pay for Aldo to go to a private school in santa lucia.  practically unheard of in our village...

even though we've only had Aldo in the program for 2 months, you get to know someone pretty well when you spend every day with them.  Aldo is kind, respectful, and intelligent.  just a sweet and solid kid.

about 10 days ago, while my family was traveling overseas, a terrible accident happened.

Aldo had left the academy after practice/tutoring, and wasn't feeling very well.  he went home to rest, but before laying down he went out to get some grass for his cow to eat.  he climbed a tree and started cutting off some brush with his machete.  his little brother was with him...

the machete made contact with some high voltage wires that were running from a nearby cell tower, and in an instant Aldo's body was completely fried.

it is a miracle that he is alive.  by the time he made it to a local hospital, emergency measures were taken to save his life.  his left arm was amputated, and a few days later his right leg.

we were devastated when we heard the news.  we had already been dealing with some very difficult circumstances within our academy, and were on the other side of the world.  the news of Aldo was overwhelming.

back home, mynor and walda were handling things the best they could.  mynor visited the hospital right way and said Aldo was unrecognizable.  he was unresponsive, and being kept alive on a breathing machine.  the doctors did not know whether he would make it or not.

mynor later received a call from Aldo's dad.  at this time, only his arm had been amputated.  his dad said "i have great news!  first, they had to amputate one of my son's legs."  mynor was shocked.  this was not good news at all.  but Aldo's dad went on...  "but they finally took Aldo off the machines, and he is breathing on his own!  he also opened his eyes and recognized me for the first time!"

to give a picture of how unique this is...  in our little village of Buena Vista, if you are disabled in any way (mentally or physically) you are considered an "invalido".  literally, invalid.  even your own family and friends consider you "cursed" - punished by God - and from that point on you become like a town leper.  ignored, made fun of, and cast out.  this is such a brutal place.

which is why the way Aldo's family is handling this is so amazing.  they are rallying around their son, and brother.  they are loving him, encouraging him, praying for him - and celebrating the "bright side" of the situation.  may God bless them!

here with the rhinos, we are doing our best to walk our boys through such a tough time.  it has been a heavy situation for sure.  they are sad and confused.  some of the questions have been:  why Aldo?  why not one of the boys who has left us and stabbed us in the back?  why not someone who is a bad person?  why would God allow this to someone who had so much going for them?

while there are good biblical answers to these questions, the answers make less sense in the context and culture that we live in.  its just hard to explain.  and for now, thats ok.  what we are primarily focussed on is praying for Aldo, and preparing to welcome him home with so much love and joy that it would be impossible for him to feel rejected.  we want him to feel the unconditional love of Jesus through all of us - his team, friends, church, and family.

would you please join us in praying for Aldo's delicate heart?  right now, his experiences growing up in BV are no doubt leading him to assume the worst about his life going forward.  pray for God to protect his mind and heart from such evil.  pray for him to find his worth in the coming weeks and months in his identity in Christ!  pray for his body.  pray for his family.  pray for all of us going forward...

having had Aldo with us for only a couple months, we aren't sure where exactly he is when it comes to his salvation or his relationship with Jesus.  we are praying that this tragedy would draw him close, not far.  we pray that despite the cruel circumstances, he would come to know how much Jesus loves him.

We are afflicted in every way, but not crushed;  perplexed, but not driven to despair;  persecuted, but not forsaken;  struck down, but not destroyed;  always carrying in the body the death of Jesus, so that the life of Jesus may also be manifested in our bodies.  2 Corinthians 4:8-10