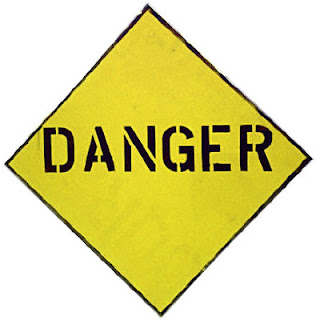 i recently went to the US to attend a crisis management seminar.  there were about 25 of us in attendance.  the group included wonderful people from all over the world who are serving as missionaries in some of the most dangerous places.  we were there to help plan and think through emergency crisis situations if/when they happen.  we were encouraged by our comrades (wrong word?) of how fortunate we are that nothing major has happened in almost 4 years, considering where we live...

the seminar was run by a group of former police/military specialists who are christians - who now spend all of their time supporting/teaching christians how to stay safe in dangerous settings.  one guy in particular has personally overseen negotiations for over 75 hostage kidnappings.  one case lasted 6 years.  can you imagine?

the stories were difficult.  some from yemen, some from sudan, some from mexico.  people kidnapped, tortured, killed, body parts sawed off....  some of which took place simply for saying publicly that Jesus is Lord.

it is a provocative and dangerous message.  Jesus.  his name alone brings such a wide range of reactions.  when some hear the name Jesus, they are comforted.  others are angered.  some shrink back in their chair while others light up with energy.  some are embarrassed of being judged, while others risk their lives proudly saying his name.

a fear i have had for a long time is that many of us who say we are christians, really are not.  Jesus taught that proclaiming him as Lord would bring persecution.  that a life of faith meant certain suffering.  and that "really living" meant a willingness to die.

sounds bleak until you get to the joy that lies ahead.  the "eternal part" that makes it all worthwhile!

anyway, this seminar i attended reminded me that so many all over the world, with their support teams, are walking the walk.  they have left important careers, uprooted their families, and are risking their lives on the front-lines every day.  why?  so the name of Jesus can be made great.

since returning home i have also spent some time in prayer thanking God for our support team - and the support teams behind each of the people around the world that we met.  behind every missionary family there are dozens of people who are praying, giving, and encouraging.  these people make it possible, we could not be here without them.  so to our support team:  thank you - we love you dearly.

had a good conversation with a friend tonight...  i was explaining why i haven't blogged in a while.  mostly because a lot of recent updates would probably come across as "negative" and i am typically hesitant to post them (i journal those privately!).  he made a comment that i tucked away as a gem.  "God doesn't expect you to change the world every day - just to engage it."

i like that.  and i think by engaging it, we change it.  maybe not all at once, but at least little by little.

lately we've had our share of challenges at the boys academy.  the little guys (ages 9-13) have been awesome - very little problems whatsoever.  they are passionate, excited to be rhinos, dedicated and devoted to the program. their hearts are soft and they are anxious to learn.

its the older boys (14-17) that have been difficult lately.  in this culture, by 15 or so, you are a grown man.  to say there is some resistance to discipline and commitment is an understatement.  and because our program is "voluntary" we have had some fallout.  mostly because of outside pressures (usually from the "street" or from dad) and some from simple rebellion.  we love these kids and we fight for them, but there are times where we have no choice other than to let them go.

personally these things can get me down.  i guess thats why my friend's comment came as an encouragement.  its a reminder to keep doing what we are doing.  engage these boys, their families, this village.  be in their lives every day.  also to remember that big, obvious, "wonderful things" aren't going to happen every day.  just keep working, keep grinding away.  work hard without growing weary, and know that the fruit will reap in due time.  i think thats true for all of us.
Posted by brock at 3:41 AM No comments: 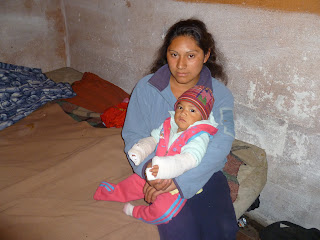 jasmine (blog below) had 3 successful surgeries done yesterday!  she still has a long way to go, but we are praising God for where she is so far!
Posted by brock at 6:34 PM No comments:

the kingdom of heaven

we've been talking a lot lately about a banquet that jesus was invited to. when he was there, he said to his host: “When you give a dinner or a banquet, do not invite your friends or your brothers or your relatives or rich neighbors, lest they also invite you in return and you be repaid. But when you give a feast, invite the poor, the crippled, the lame, the blind, and you will be blessed, because they cannot repay you. For you will be repaid at the resurrection of the just.”

awesome!! jesus was what we would call today "inappropriate". he said this to his host! but thats a whole other story...

what we've been talking about is this idea of doing nice things for others who dont ever get to do them. in doing so, we bring the kingdom of heaven to earth.

how much do we take for granted a fast-food meal, a trip to the beach, a movie, a warm blanket, etc, etc? its amazing how when we start making those things possible for people who have never experienced them before - we never take them for granted again. as jesus said, both of us get blessed.

check out a video of some "kingdom of heaven" opportunities we've had recently thanks to the help of some good friends.
Posted by brock at 6:00 PM No comments: