will you help me bury my (living) dad?

very interesting knock on the door the other day.

it was a group of ladies, one of which we built a house for about 5 years ago.  she said she felt terrible asking, but wanted to know if i could help her with the expenses necessary to bury her dad.  the conversation that followed was profound.

i asked when and how he died, and she responded that he technically isn't dead yet.  "then what's going on?", i asked.  she said that he's dying, that he's been a drunk his whole life and alcohol poisoning is overwhelming him.  he is vomiting, foaming at the mouth, and having one seizure attack after another.  they explained that they had seen this before, and they know he is just minutes away from death.

when i asked if they have seen a doctor or taken him to the hospital, their response was alarmingly sad.  the daughter explained that if they take him to the public hospital, and he dies, they don't have the money to discharge his body.

after explaining that i don't feel right talking about a guy's burial expenses while he is still alive, i called dr. carlos who came immediately.  72 hours of meds, IV fluids, and lock-down in his house, he was back to a clean bill of health.  knowing you don't just walk away from 40 years of alcoholism, we checked him into a 6-month christian rehabilitation center, and are praying that he comes out a new man!

what strikes me most about this particular story is the desperation associated with poverty.  i think back to the original knock on the door...  a desperate ask for help to bury a husband and father who wasn't even dead yet.  moreover, no action had been taken to save him based on the concern for the fee required in discharging his dead body.

not sure how to close out this entry.  i guess just to say that we as americans - the wealthiest people on the planet earth - must wake up to the reality of the world around us.  this type of desperate poverty is how the majority of the world lives.

but don't take my word for it:

whoever closes his ear to the cry of the poor will himself call out and not be answered - prov 21:13

whoever gives to the poor will not want, but he who hides his eyes will get many a curse - prov 28:27

the other night i was visiting with one of our previous year's graduates.  the purpose of the meeting was to invite him to the on-site living graduate program that we are starting.  its a transition program for young men (rhino grads) 18-20 years old to have a year or two learning to live independently, working, paying bills, growing in their walk with Christ as they enter adulthood. 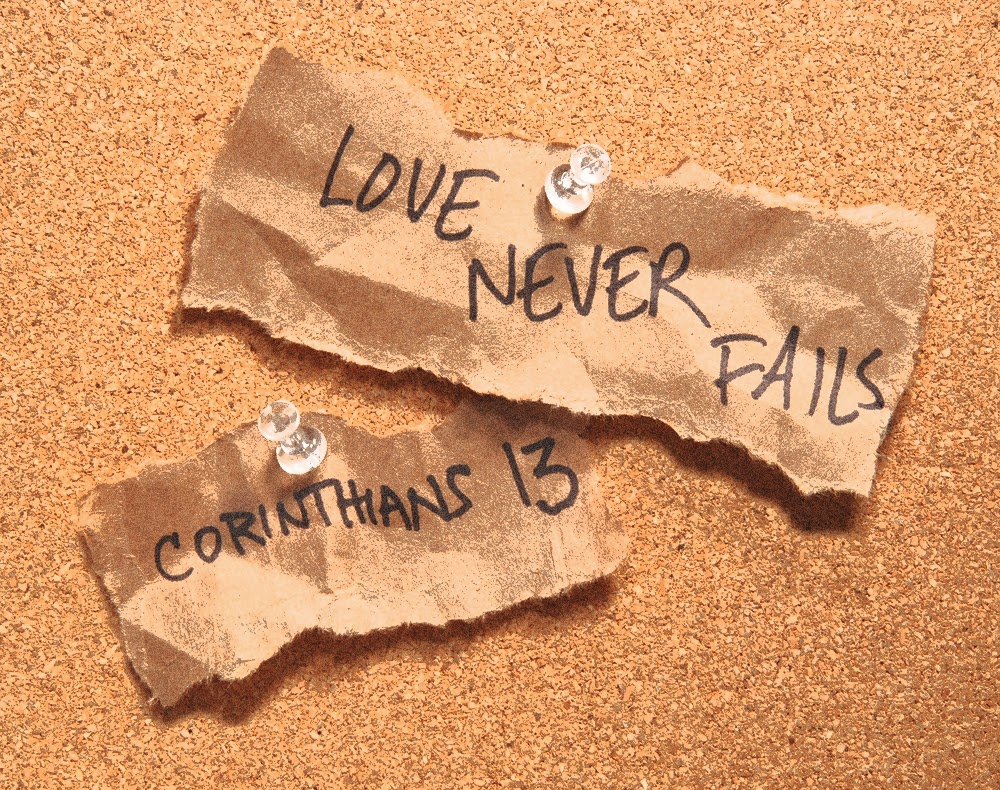 anyway, he told me on the spot that he wanted to do it.  "what about your parents?  what do you think they will say?", i asked him.  he responded, "i already know they will support this".  i was a little surprised.  we're expecting some push-back from this from parents, so i was curious why he was so certain...

he went on to explain:  "Brock, a couple of years ago, when my dad stopped drinking and beating up my mom...  he tells me all the time that he changed because of the things i was telling him about.  you know, the things that i was learning here in the academy."

i was shocked.  i know his dad pretty well through playing soccer together.  but out in the street his dad would only head-nod from a distance... never showing any more attempt to be friends than that.

being surprised, i asked him again.  "you share with your dad the things you learn here?  and that's what he says changed him?"  he went on to explain, in detail, that his dad gave up drinking, stopped beating up his mom, smacking the kids, and stopped the affair he was having with another woman - because of the truths from the bible that his son was bringing home from the academy.  he said ever since the change, his mom and their family has been different, and that there home has been a happy place.

3 - i am reminded that if the man of the house follows Jesus, salvation comes to the house

4 - thank you God for this very specific and timely encouragement...

i went to an "acts 29 latin america" church planting conference over the weekend in guatemala city.  i have been familiar with acts 29 for a long time.  it was originally started by mark driscoll and is now run by matt chandler - both guys who have had an influence in my faith walk over the years.  so i thought it was interesting that the conference was being held in guatemala and i wanted to check it out.

clearly the acts 29 network has a heart to plant churches and see people all over the world transformed by the gospel.  i don't doubt their love for jesus and their genuine efforts to achieve that goal.

but there was a guy who literally blew me away with what came out of his mouth.  keep in mind his audience is guatemalan men feeling called to plant a church.

i'm following my notes which may not be word-for-word, but should be close.

1. have you thought about the "look and feel" of the place?  how will people "feel" when they walk through the doors?  have you thought about your logo and how it will connect with the people?  did you notice when you walked through the doors here (at the church we were in), what did you see?  i saw a nice logo with some great signage.  the pastor told me he hired a fantastic graphic design team to accomplish this.  very, very important.

2. have you thought about your domain name?  developing your website?  everyone today has smartphones, so you must have your website set up in a way that people can donate through your website, using their smartphone.

4. another critical piece - excellent child care.  so many parents turn away from churches because they don't feel like their kids are getting excellent care.  if your child care program does not give the right message, parents get veeeerrrryyyyy nervous.

5. volunteers.  have you thought about who will be your greeters?  who will set up and break down chairs?  will you do communion every week?  if so, who will set it up?  i mean... it doesn't just set itself up...

i almost threw up in the burger king bag i was holding.  sorry, but the 7 years i've lived in this country measured against what i was hearing left me nauseous.

as he spoke, i was praying silently to myself asking God if i should stand up and interrupt him.  i was literally considering making a scene just to end the nonsense.  i didn't, but i think i would have been justified in doing so.

did this guy even know in what country's soil his feet were standing?  i mean, its bad enough for an amercian church in the suburbs to put too high a priority on this stuff - but he's standing on the soil of one of the poorest countries on the planet talking about the importance of hashtags.

i live in a mountainous village (similar to most guatemalan villages) where the kids from 6mo to 5 years old wander the streets peeing themselves and eating dirt on the side of a 40ft drop.  meanwhile i'm being told by an american pastor that our church gathering must have an excellent, safe, and friendly "children's church" because if not, the parents will get nervous.

aside from the neighborhoods like where the conference was being held (one of the wealthiest parts of guatemala), most guatemalans don't spend their time social networking.  not only do they not have internet, their too busy hiking 3 hours each way to work trying to earn enough money to buy some tortillas.  no bank accounts, no credit cards, no paypal, no web browsing.  in fact, in many cases, no food or running water!

yet there i sat, hearing about the need to hire a graphic designer.  is that was jesus had in mind for our "pre-launch list"?  the apostle paul's beaten and bruised body must have been turning in it's grave.

i dont mean to attack the guy personally (thats why i'm not naming him), but we can't just get spoon-fed this stuff without saying something.  consider this:  right before this guy spoke, we had met some indigenous guatemalan guys at our table that were there to learn how to plant a church.  is this what we want them to take home to their community?  social media, graphic design, excellent child care, and an emphasis on the "first impression" their members will get when they walk through the door?  along with the friends i was with, we were actually saddened by the thought of what our indigenous guatemalan brothers must have been thinking.

i don't want to form an opinion about acts 29 network based on one dude's epic fail.  but i should also mention that this guy has been with the ministry since the beginning.  he told stories of some of the first conferences acts 29 had ever done, which he was speaking at.  meaning, there is much history, and a lot of trust in putting him behind the microphone to share the acts 29 philosophy and values on behalf of their ministry.

maybe i'm the strange one, i dont know.  based on my reading of the early church (especially in the book of acts!) i don't even agree with this particular man's church planting advice if it is to american church planters in the suburbs.  there's nothing wrong with having a ministry website that people can donate through (our ministries in guatemala have that too), but i don't think its worthy of a "pre-launch requisite list" just because the times have changed.

i support and in fact admire the acts 29 network for their mission of spreading the gospel to all people so that they may be saved.  but i implore anyone who is crossing borders with the gospel to deeply learn their culture before teaching and implementing their strategies.

my baby madi leigh turned 18 years old today.  (something about having an 18 year old and a 2 year old just doesn't seem right!)

we had a great weekend celebrating her life.  she's seen a lot more than most 18 year olds.  has been faced with a lot of challenges that she has learned to overcome.  she's seen a lot of the world.  lived in extreme poverty, while balancing exposure to extreme wealth.  she knows God.  she loves Jesus.  she has a heart for helping people.  i believe with all my heart she is prepared for adulthood.

she has grown up in a third world country.  she's tough, and knows how to handle herself.  however, despite all she has been exposed to, i am so thankful for her purity.  in an age where basically all experimentation is accepted and even encouraged, madi has remained pure before God.  she has refrained from unhealthy relationships as well as unhealthy habits.  i know she's not perfect...  but she is an 18 year old woman that can be very proud of what she's accomplished thus far in life.

we told her this weekend that her freedoms just hit a new level.  we've slowly and strategically been loosening the grasp over the last couple years.  but she's an adult now.  able to make her own decisions leaning now on her relationship with jesus and her own convictions.

i want to say thank you to all of you who have poured into her life and influenced her along the way.

i love her so much. excited for what lies ahead.
Posted by brock at 11:43 PM 2 comments: