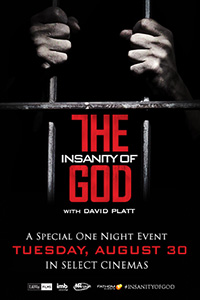 one of my favorite books is the insanity of god, by nik ripken.  i read it over a year ago and it had a profound impact on me.

my wife told me this morning that she read that the book had been made into a movie, and is premiering tomorrow night in theaters all over the US!  so i thought i would share the info and website in case anyone might read this and want to go.

the movie event is being hosted by david platt and includes a Q&A with him and the ripkens.

INSANITY OF GOD THE MOVIE

wish i could be there to experience it with you...
Posted by brock at 1:23 AM No comments: 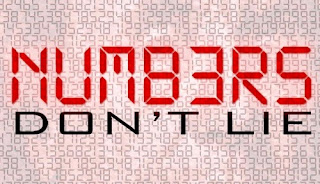 10 or so years ago, i read a book called revolution by george barna.  the book impacted me for several reasons, one of which simply being how the barna group uses statistical research to reach conclusions about the christian church.  i've followed the barna group's research ever since.

percentages are fascinating to me, and simple statistics can speak volumes.  they can tell the bigger story.  they tell the truth.  and in many cases, they should lead us to action!

i read a barna statistic about a year ago that has been haunting me ever since.  i keep thinking about it, talking to people about it.  i just can't shake it.

first, almost every polling research organization shows that between 70-80% of americans say they are christians.  that # has been around for a long time, so no shock there...

but barna group asks it another way in one of its polls.  it asks how many americans have a "biblical worldview".  in order to have a biblical worldview, according to barna, you must agree with the following 6 points:

1- absolute moral truth exists
2- the bible is totally accurate in all of the principles it teaches
3- satan is a real force, not just symbolic
4- a person cannot earn their way to heaven by good works
5- jesus christ lived a sinless life on earth
6- god is the all-knowing, all-powerful creator of the world who still reigns today

call me old-school, but to me, including those 6 points in the question is simply still asking who is a christian!

i guess in the day and age of "identifying as", there is less value put on literally defining who you are and what you believe.  in fact, i went back to check barna's (as well as gallup's) polling on how many americans say they are christians, and sure enough... the question is posed as "do you identify as christian", as opposed to "are you a christian?"  i will leave that alone for now.  another issue for another day :)

let me get to the disturbing percentage that has been weighing on me over the past year...

so we've established that approximately 75% of americans say they are christians.

but get this: only 9% of americans agree to the 6 points of "biblical worldview" listed above.

(that number includes the 75% who say they are christian.  within that group, only 19% agree with the 6 points above.)

those 6 very basic, foundational beliefs regarding what it means to be a christian, plunges the number of "american christians" from 75% all the way down to 9%.

is that not unfathomable?  for me it is heart breaking.

what pains me even more is the fact that the 6 points of "biblical worldview" aren't even close to being the most difficult teachings in scripture.

why not take it a step further.  what if we come up with a new category... lets call it "literal teaching of jesus worldview".  in order to have a LTJW, you agree to the following 6 points (in addition to the 6 biblical worldview points listed above):

1- jesus, the son of god, fulfilled prophesy by being tortured and killed, overcame death, spent 40 more days on earth teaching and healing, ascended to heaven in his resurrected body, and will return again to set things right once and for all.
2- hell is real eternal torment, and everyone who doesn't know jesus is going there
3- lust is the same as adultery, and anger is the same as murder
4- loving money is the root of all kinds of evil and its almost impossible for the rich to enter heaven
5- jesus separates people into heaven or hell based on what they did for the poor
6- we must endure suffering and persecution, and deny ourselves daily in order to be a follower of jesus

what percentage do you think would agree to that list?  it seems to me that, in light of the audacity of the 6 LTJW points, the swing in #s would be even more drastic than the original 75% to 9%.  but even if the downtick was similar, the drop would be from 9% to around 1%.

examining those numbers brings to life another literal teaching of jesus:

MAY THE REALITY OF THE PERCENTAGES SPUR US TO ACTION. 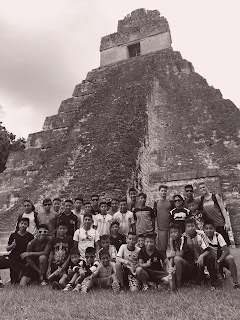 as you know, at this time yesterday i sent out an email about the davis family's recent trials, and an ask for help in getting construction started on their new home.

the specific remaining need to complete the homes was $58,000.

then we added them together.

after getting over the immediate shock...  we shared a cry/hug/celebration together via text :)  at this point, we are all just resting in God's goodness.

i know the davis fam is feeling a boost in their collective spirit.  some new energy!  for sure things will get tough again.  but today...  we bow down before, celebrate and praise a God who loves us each specifically.

we would have been amazed and grateful with any support.  but He chose to provide the exact the number we put out there.

thank you Jesus.  we praise your holy name!
Posted by brock at 5:30 AM No comments: