who and where are the "unreached" 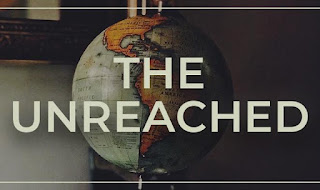 for the last year or so i have asked a question to several people in missions and church leadership that's been tough to find a simple answer for.  it's with regard to the word "unreached."  generally, the term refers to people and areas that have not yet been reached with the gospel.  there are ministries that do a deep dig into this, and i am grateful for them. for example, i love the joshua project and find it to be a tremendous resource.

but there are many areas in the world today that are considered "unreached" that were actually "reached" at one point.  modern day turkey, syria, iran, libya, north africa, even parts of asia and india, were places the early church started and grew the fastest.  yet today they are considered "unreached."  even italy and greece, where some of the original new testament churches were planted, are now considered 1% or less evangelical.

matthew 24:14 says once the gospel has been preached to all the nations (tribes/nationalities), the end will come.  and joshua project says 42% of the world is still "unreached."  but a lot of that 42% would have been considered "reached" at one point.  does my dilemma sense?

maybe i am overthinking it.  but the truth is- this topic can sometimes be a discouragement for missionaries who are working in places that have been labeled "already reached."  and when paul says in romans 15 that his ambition is to preach the gospel "not where Christ has already been named, lest i build on someone else's foundation..." it can make a missionary's work to an area tagged "reached" feel wasted.

perhaps in some cases that's exactly what God wants them to feel.  perhaps He's calling them to a move on because the gospel is alive and well where they are.  praise God!  but what if they are exactly where God has called them to be?  what if He wants them to stay where they are and continue working, not distracted by human definitions of "reached" and "unreached"?

here's my reason for bringing all this up.  i was in guatemala a couple weeks ago and we were studying romans 15 together with our local guatemalan staff.  (guatemala is a country that has for the most part been reached with the gospel in most areas.)  towards the end of the study, one of our workers, nicho, asked to speak.  nicho is normally a pretty quiet guy.

here's what he said:

"when we read romans 15:20-21 it made me think of how you guys left your home in the united states 12 years ago and came to our village.  over that time you've been teaching us what the bible really says and to read it for ourselves.  before you came, the people here thought that only a leader in a church can understand and teach the bible.  and we have always believed what they said, even though its been wrong.  i don't know if anyone in our village would have ever read the bible for themselves if you hadn't come to our village.  that's what i think of when i read romans 15:20-21, so i just want to say thank you."

nicho's comments, under any circumstances, would have brought me to tears.  but in light of the recent thoughts and conversations i've been having about the "unreached", it was even more special.  i received his words as if directly from the Holy Spirit.

while i do think the definitions and distinctions made by ministries like the joshua project are very helpful, the only One who can truly define "unreached" is Jesus.  and as we abide in Him, hear his voice, and obey what he says, he will lead us to reach them - wherever they might be.

...and thus I make it my ambition to preach the gospel, not where Christ has already been named, lest I build on someone else's foundation, 21 but as it is written,

“Those who have never been told of him will see,

and those who have never heard will understand.”

Good stuff Brock. As you know, it's something I've been wrestling with as well. Shalom.

Unreached is anyone who hasn’t heard the Gospel and personally received salvation. Even reached with a false gospel is still unreached. Some have never heard. Many have heard and not understood. Others have understood and not received. Let’s keep planting.